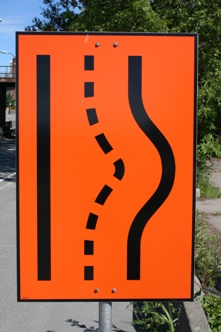 Will Motherhood Derail My Career?

A mother-to-be shares her thoughts on the high expectations from mothers and on how motherhood may affect her career.

I don’t know much about pregnancy as such. All I know about it is how I’m dealing with it. So if the following makes no sense to you, find respite in that oft-repeated and endlessly frustrating statement – every pregnancy is unique.

I’m a career woman. I’m fiercely convinced of the need to take home a fat paycheck every month so that I can retire really early and go fishing (which I’ve never done, but it sounds fancy enough to be a goal in life). It so happens that I’m a writer and I don’t need to interact with too many people to get my job done. I work from home. Usually from my sofa. Or sometimes from my bed. Depending on what scenery appeals to me on that particular day. I have flexi-hours. Which means I can take those blissful naps that so many pregnant women crave but cannot take when in office. I can also take as many eating breaks as I want and keep my energy levels up. I don’t need to apply for maternity leave. My maternity clothes needn’t be office-appropriate. I could wear a sack and have a telecon and nobody would question my professionalism.

Wow. What more could a pregnant woman want, right? I should be thanking my stars for having it so easy. I’m in the perfect land where balancing work and ‘family life’ seems like a cakewalk. I shouldn’t really have too many concerns, as far as work goes.

But of course I do. For instance, once the baby comes, where am I going to run away to, to get my work done? Sounds terrible? What sort of mother would want to run away from the child she bore with love and care for nine months and brought into this earth after going through hell?

Wanting time and space for yourself to think and work as an adult does not mean you are a crap mother. There’s enough we’re made to feel guilty about when pregnant – are we eating right? Are we exercising right? Are we gaining weight right? Are we damaging the baby by watching something as deliciously violent as Dexter? And so on. This guilt-tripping continues even after the baby is born because being a Ma means you are suddenly elevated to a scary Jesus Christ-like position where the world assumes you are ready to crucify yourself for the well-being of the baby and the family. However, most of us aren’t messiahs. We’re just human beings who get tired and angry and have discovered the evolutionary advantage of being selfish.

Despite having a good support system in place, I do worry about where my work is going to go after the baby comes. I do worry about whether I’m going to turn into one of those women who can’t have conversations other than the achievements of their baby. Even if I engage a babysitter, can I really recline on my bed and work without a twinge of guilt when the baby is screaming its head off in the next room? Will my sentences flow with the same ease after sleepless nights with a cranky child in my arms?

I sometimes think that if I could wake up in the morning and go to an office where I can separate my home from my work, I’d feel much better about doing this. But again, that comes with its own problems. Finding a trustworthy sitter you can leave your baby alone with, the guilt of leaving a sick child at home because you have an important meeting you can’t afford to miss…somewhere or the other, the crap mother feeling is waiting around the corner to catch you with a sack.

There is no such thing as a career-oriented man. But there is such a thing as a career-oriented woman. She is the type who thinks about her career to such an extent that she ‘compromises’ on the family front. Even if your immediate family is understanding of this, there will always be the finger-pointers who are disgusted that you use a breast pump to express your milk or that your baby caught an infection because of neglect. It is difficult to keep a defiant face against all of this because somewhere inside you, there is a niggling voice that wonders if they are, after all, right. Is a job really worth this heartbreak? Are you not missing out on watching your child grow? Is it really possible to keep walking this tightrope without slipping?

These are hard questions to answer not because we’re women but because we’re women in a society that is not structured for us. It’s important to understand this if we’re not to feel guilty about the very human breakdowns we go through in the journey of motherhood. The hard questions are for each woman to answer according to what she wants – if she’s in a position to do so. It really shouldn’t be an either/or situation, but it turns out that it often is.

The happiest moment of my life was when I heard my baby’s heartbeat for the first time on the ultrasound. I’ve promised myself that I will not let anyone else dictate how good or bad I am as a mother – nobody else knew the size of the lump that rose in my throat at the clinic. I don’t know the answers to those hard questions yet. But one thing I’m sure about – nobody else is going to answer them for me. It’s simply none of their business.

Sowmya Rajendran is a children’s writer based in Pune and has published over ten books for children.

It Wasn’t Mid-Life ‘Madness’ To Wear Shorts But A Choice I Made!