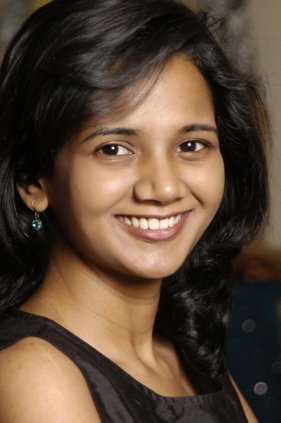 What Next For Nalli?

Lavanya Nalli, next generation owner at Nalli Silks, the iconic Sari store, shares with us her journey into the family business.

Generations of Indian women buy fine saris at Nalli Silks. But, how is the brand meeting the challenges of a new century? Lavanya Nalli, President of The Nalli Group of Companies, has come a long way since she joined her 80+ years old family business just a few years back. She has since established her own line of stores named Nalli Next showcasing a contemporary and chic clothing range and gone on to win many accolades for her work. Here, she discusses her own journey and the vision for the brand.

Anne John (AJ): You come from a well established business family with access to experienced people and capital; did you face any obstacles at all in the beginning?

Lavanya Nalli (LN): I think one of the first obstacles I faced was entering an extremely male-dominated industry.

AJ: Are you the first woman in your family to enter the family business? How was it received the family?

LN: Yes, I am and it was initially received with some skepticism as to whether I was serious about entering the business, but I think that’s true of most places. I proved my seriousness by working there for 4 years and also with the ideas and changes that I have brought in. The buy-in was not automatic at first, but once I had the support of my colleagues, it was easier to get work done. You need to work for a bit and prove yourself; with each result you earn the respect and support of your peers.

AJ: So their confidence in you grew gradually…

LN: I guess you could say that.

AJ: Have you ever come across people who assume that you have reached your current position simply because you were born with the proverbial silver spoon?

LN: I did initially encounter such people, but I think that has reduced now. Society doesn’t create everyone equal but the important thing is how far you choose to go given the inherent advantages you are blessed with. In my case I found a platform that I was grateful for, and that I recognized was a privilege, so I took the opportunity with both hands and worked hard at it, at learning from the job and building on successes.

After a point, it became on my own merit. Your initial background can only take you so far – you eventually need to capitalize on your own momentum.

AJ: Are you trying to change the brand image of Nalli to make it more appealing to the young? What made you turn your attention to new store formats and products?

LN: I’d like to first disagree with that. My intention is not to change the brand image of Nalli but just make it more inclusive to a larger segment of women. We will continue to do business in a way that has made – and still does — make us successful but I realized that there were new generations of women whose buying behaviour and clothing preferences were changing.

I decided to also target this growing segment and the new line of stores, Nalli Next, attempts that by having newer formats (the second Nalli Next store opened in Mumbai in a mall), a slightly different product mix (more designer saris, and some of the best given our extensive network of procurement) and a more contemporary design to the store.

AJ: Though the sari is well-loved by most Indian women, a majority of the younger generation choose to wear saris only for special occasions. How do you plan to counteract this?

LN: No, I wouldn’t say a majority. It is a portion of women who choose to wear saris occasionally, but we find that portion growing fast, especially in urban areas, and we find that we are able to serve them quite successfully as well – but not in the regular Nalli format – hence the new stores, Nalli Next.

AJ: While on that note, what are your favourite saris?

LN: I think I’ll always have a special corner for Kanchi silks.

AJ: Nice! What would you say is the biggest lesson you have learnt from your business so far?

LN: I think perseverance. What I found was that there was a very steep learning curve for me in the beginning. I came in as an engineer and didn’t have any idea about the retail industry or how to run a business and I was very lucky in the beginning to have found good mentors. I shadowed my dad wherever possible; I also approached other senior VPs within the firm and asked them to mentor and coach me.

As my learning grew, my confidence increased and I realized I would participate more in the meetings, to the point where I started pushing for new ideas and coming up with my own initiatives and suggestions. So I guess the biggest lesson I learnt is – Don’t give up! It’s the hard part that will make you a better leader.

AJ: So the last question on a lighter vein. When you are not working or studying, how do you unwind?

LN: The MBA program at Harvard Business School has literally overrun my life, so I certainly have a lot less free time than I used to. But I still spend some time writing, mostly short fiction. I worked on a couple of short children’s stories and they’ve come out as an audio series. It’s totally different from work and study, but it brings immense satisfaction.

Monica Bhide: How To Become A Food Writer

Warrior In A Pink Sari: A Sampat Pal Biography