The Joys And Risks Of An Unconventional Career

Many Indian women are exploring unconventional career options; but is it always a good thing to do? 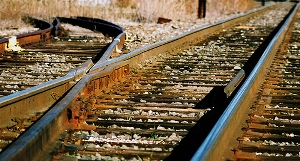 Many Indian women are exploring unconventional career options; but is it always a good thing to do?

When I was a child, my parents took it for granted that both my sister and I would have jobs when we grew up, if not careers. They would make casual references to “When you’re grown up and earn your own money” so I always believed that I would earn my own money. It wasn’t a choice.

That said, my mother was a housewife, so I knew not all Indian women had jobs. But having a job and being financially independent, even having a career I was good at, was portrayed as a desirable thing.

From what I hear (not having seen this up close), boys in India are told they need to grow up and earn to support their families.

So for one gender, a job equals independence, success, accomplishment; for the other, duty and convention.

Of course, I’m oversimplifying, and it’s not nearly so black-and-white. But I wondered, does that childish attitude translate to your attitude towards work when you grow up? Especially when you’re married and your husband is earning, as most Indian women are?

I asked Aparna, the Editor of Women’s Web, what she felt about this. She agreed, saying, “I could afford to take a risk, since we are a dual earning household, so one person brings in the bread, and we do without the butter for a while.”

Look at this recent survey of women entrepreneurs. An overwhelming majority are married – 78%. 64% have children, which perhaps makes working from home or making your own schedule seem more appealing. (Not that women entrepreneurs can always afford to do both or either.)

I think of women I know who are freelancers, entrepreneurs, social workers, artists. And while they’re all amazing and I’m glad they do the work they love, for many of them having a partner with a stable income made it easy to take the risk.

…are Indian women in general more likely to seek fulfillment in their jobs than men?

Of course, I also know enough male entrepreneurs to know that if you really want to work on something, you take the leap. But are Indian women in general more likely to seek fulfillment in their jobs than men?

The same survey demonstrates this. 25% women entrepreneurs claimed that they were motivated towards entrepreneurship to gain “a sense of self-achievement.” Add this to other “soft” reasons like freedom and passion, and you get 66%. Monetary benefits moved only 5%.

Similarly, in the recent Women’s Web survey on the career aspirations of young women in India, only 33% said they would prefer a high pressure-high rewards work environment.

The rewards of seeking your own path are obvious: the joy of doing work you love, the freedom of being your own boss, the deep satisfaction from building something your customers will value. But are the risks worth it?

The most obvious risk is financial. An unconventional career is less likely to yield a stable income, at least at the beginning. A friend who freelances with not-for-profit organizations pointed out that a husband’s income isn’t absolute. I agree; disability, divorce, death, or unemployment can suddenly reduce or eliminate the income. Even unconventional careers should make you capable of paying the bills (in a few years, if not right now).

Another risk is failure. What if your business fails, or you can’t find enough freelance work, or you realize you’re not cut out for social work?

But at least you’ve learned something, about the industry or about yourself. Such experiences are never a waste of time, in my opinion. And you’ll reduce the risk if you do your research beforehand and give your decision enough time and thought.

By opting out of the system, are you eliminating the chance of changing it? If women allow themselves to be pushed off the conventional career path, are we making change less likely, making it more difficult for other women?

Or are we changing the system anyway, by building alternatives to traditional, sexist work environments? Successful women entrepreneurs and freelancers demonstrate that there are other ways. Women business heads can set up more fair practices and have better workplaces. These would be bigger, better changes, in my opinion, than trying to change sexist policies or habits ingrained in conservative workplaces (and changes on the outside will then influence these as well).

The traditional workplace – large organizations, usually with men at leading positions – is aligned with the patriarchal system. We need change both from within and without. New ways of working and new career avenues can help shift the balance of power.

Whether in conventional careers or otherwise, what I’d like to see is more successful and powerful women. And I have to believe we’re moving towards that goal.