Although peppered with dreamy characters, Anuja Chauhan’s delightful rom-com, Those Pricey Thakur Girls, goes beyond the limitations of standard chick-lit. 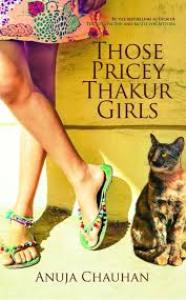 Although peppered with dreamy characters, Anuja Chauhan’s delightful rom-com, Those Pricey Thakur Girls, goes beyond the limitations of standard chick-lit.

Several daughters with names that go A…B…C….D…E… down the alphabet, a crusty judge for a father and a sensible mother all tucked away on Hailey Road in Delhi. Anuja Chauhan’s Those Pricey Thakur Girls sure has echoes of Jane Austen, though I’d prefer Georgette Heyer since the heroine Debjani who loves dogs, has a soft heart for losers and debuts as a newsreader is actually very Georgette Heyer.

Debjani with her Pears’ soap coloured eyes bumps into the alliterative Dylan who is half Christian, half Rajput and an investigative journalist to boot with ‘lean dimples’ which I presume means those long slashes of dimples. The result is very definitely a light hearted, romantic romp with all the misunderstandings that people expect from romantic comedies but very often don’t get. And a couple who are very obviously made for each other, career and otherwise but plagued by misunderstandings.

Chauhan sets her novel in the Rajiv Gandhi times which means there are no handy mobile phones or emails for instant romance. People rely on their landlines or on letters carried by unreliable family members which makes for more misunderstanding. There is also a serious media undercurrent to this novel, the Sikh pogroms post Indira Gandhi’s assassination and corrupt politicians who need to be unmasked but who slip through because they have the right political contacts. Though Chauhan skims over the attacks she says enough to get the seriousness of the issue across and even throws her hero into a prison cell with a bunch of creepy cops who are willing to play ‘kot piece’ rather than break the hero’s bones.

Obviously both hero and heroine are too good to be true – no Indian man is that flirtatious, hardworking and sympathetic at the same time; but then Debjani or Dabbu has a checklist of all the things she expects from a man, ‘brave, honest and kind’ and Dylan has to conform after all. 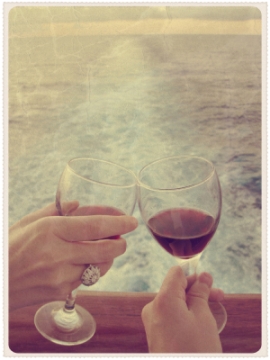 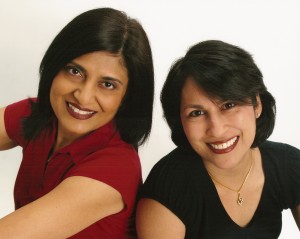 Hetal & Anuja: Show Me The Curry!

Are the Thakur girls really pricey? Yes and no – if you’re a guy with evil intentions you may find them pricey. If you’re not, you’ll find the two youngest soft hearted and down to earth – though Dabbu likes showing men where they stand even if they are in love with her. Of course, yes, the girls are beautiful in their own ways and know it – to the point of flaunting their smooth muscled legs in short skirts. And they do a fine line in clothes, embroidered dupattas and jeans too.

Ex-advertising Chauhan knows her target audience – and she can’t resist bringing her old agency into the book, not to mention an old boss transplanted into journalism. She has the fussy housewives and the ‘hinglish’ dialogue down pat, as one might expect from a writer who created the ‘dil maangey more’ slogan.

There are card sessions with all their cross currents, ghosts, a cook called the ‘Hot Dulari’ who is having it off with an uncle – the result is something that young India, or even older India, can relate to, a not quite powder puff world that manages to hold the reader’s interest, while bringing Georgette Heyer and Jane Austen fondly to mind.

If you’re planning to purchase Anuja Chauhan’s Those Pricey Thakur Girls do consider buying it through this Women’s Web affiliate link at Flipkart. We get a small share of the proceeds – every little bit will help us continue bringing you the content you like!

Readers outside India can purchase Those Pricey Thakur Girls through our affiliate link at Amazon.

View All
Divorce Rights For Married Women In India - Legal Rights 101 With YourInstaLawyer
No More Guilt: Exploring The Ways In Which You Can Shed Mother's Guilt
Steps To Landing Your First Writing Job - Want To Be A Content Writer?
What Are The Essentials Of Being A Good Content Writer?
Women At VMware - Meet Ipsita, Inside Sales Representative At VMware India
Women of VMware - Meet Afifa Hasan, Enterprise Sales Account Manager for VMware India
Books 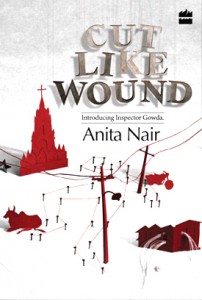 With a strong interest in Bollywood movies, shopping, travelling and reading, Kalpana Morparia is a banker with a difference. 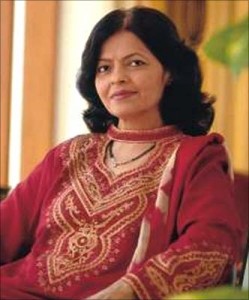 With a strong interest in Bollywood movies, shopping, travelling and reading, Kalpana Morparia is a banker with a difference.

At 64, she has lead two important organizations in the country. Although she just wanted to grow up and have a large family replete with children and grandchildren, life had other plans for her. Kalpana Morparia, today is the Chief Operating Officer of one of the leading organizations in the world – J P Morgan. END_OF_DOCUMENT_TOKEN_TO_BE_REPLACED