Is asking women to adjust ‘practical’ or just another word for suppression? Here, the results of the Great Adjustment Story contest. 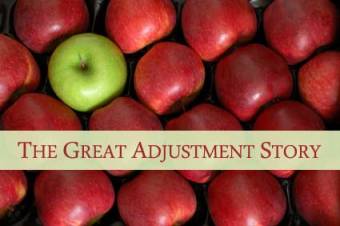 Is asking women to adjust ‘practical’ or just another word for suppression? Here, the results of the Great Adjustment Story contest.

The Great Adjustment Story contest by Women’s Web asked participants to give their take on the “Adjustment” word – a familiar to most Indian women. To what point does one adjust? Should everyone in a new relationship learn to adjust rather than it being expected mostly from one person? Are women by nature more ‘adjustable’? How does one decide if it is worth it? And what should be non-negotiable?

These were the questions we asked, and boy, did we get some great answers! 12 readers participated – perhaps a little lower than other contests we’ve run (maybe because of the festival season?), but it was still so tough judging! Almost every one of those entries was beautifully written and shared a different perspective.

Still, choose we had to, and here are the winners of the Great Adjustment Story contest.

The 1st prize of a Rs. 500 Flipkart voucher goes to Shail for her entry, “Adjust”. Shail had a completely unique take on the subject and wrote evocatively of the street harassment that women are asked to ‘adjust’ to. She says, “If I were given a boon, I’d wish for such pests to be turned to women (with their memory of their previous form intact) for a day, and that they are grabbed, poked, groped and touched as if they don’t own their body, yeah, just for one single day. At the end of that day, when they are turned back to men, I am sure they will realize how great is the adjustment that women make sharing the space on this beautiful planet with such scum as them.” Congratulations, Shail!

We have two 2nd prizes of Rs. 250 Flipkart vouchers, and those go to Phoenix Ritu and Heartcrossings, for their entries, “Science of Adjust and Jugaad“ and “The Great Adjustment Story” respectively.

Phoenix Ritu brings in ‘Jugaad’ as the innovative solution to the constant adjustments that girls and women are asked to make. She says, “Well ‘Adjust’ only works if both sides adjust. Otherwise it is just a pretty name for suppression. The moment someone says ‘Adjust’ I hear sirens of ambulances or fire engines. My mind starts working overtime, looking for a suitable jugaad.”

Heartcrossings has an incredibly moving story of her grandmother, whom a lifetime of adjustment turned into a lonely woman disliked by her own family. She says, “Coming from a poor family where there were five other sisters that needed to be married off, she had no choice or recourse. Adjustment was her mantra. She adjusted to being unloved, being treated like she did not deserve any better than she got, having motherhood thrust upon her time after time, losing her youth before its time, living in hopelessness about the future, worrying about the prospects of her daughters in the marriage market and much more.” Congratulations, Phoenix Ritu and Heartcrossings!

Once again, the 3 winning entries: 1. Shail’s “Adjust”. 2. Phoenix Ritu’s Science of Adjust and Jugaad and Heartcrossing’s The Great Adjustment Story.

I’m so glad we had a contest that could result in such empowering entries – no one who reads any of the entries for this contest can fail to be moved or provoked into at least some thinking on the issue. From that perspective, every one of you who participated is a winner and I’d like to congratulate you on sharing your thoughts so powerfully!