Deborah Baker's The Convert, tells a strange tale of a woman who willingly exchanged her Jewish-American identity for an Islamic life of exile. 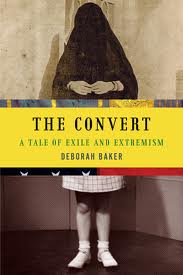 Deborah Baker’s The Convert, tells a strange tale of a woman who exchanged her Jewish-American identity for an Islamic life of exile.

This is a story which strengthens the belief that truth is stranger than fiction. Browsing the New York library archives ‘on the prowl’ for a subject to write about, biographer Deborah Baker stumbled upon a file containing the papers of Maryam Jameelah. The sight of a lone Muslim name in those conservative American stacks piqued her interest. She rummaged through the papers and came upon the intriguing story of Margaret Marcus, an intellectual misfit born to Jewish parents in New York State.

Known as ‘Peggy’, the girl had no use for teen fashions or preoccupations like dating – instead she was obsessed from an early age with spirituality. “Even if there is a God, what sense did it make for Him to restrict His truth to a single people?” she wrote in a letter when she was eleven. Increasingly disenchanted with her own faith, Jameelah turned towards Islam. The Arabs and their philosophy fascinated her and she sought to escape from mindless American materialism in their austere beliefs; so much so that she dropped out of college to delve into Islamic philosophy.

Jameelah’s preoccupations worried her parents who took her to psychiatrists with the result that the girl was diagnosed as schizophrenic and admitted to a sanatorium. When released, her essays on Islam were published in various magazines and brought her to the notice of Abul Ala Mawdudi, an important religious thinker who dedicated his life to the creation of pan-Islamic state in Pakistan. Impressed by the fact that Jameelah had gone beyond her Jewish-American roots to reach certain conclusions on Islam, Mawdudi invited Jameelah to come and live with him and his family as his daughter.

On reaching Pakistan, Jameelah wrote to her parents, “I feel I have finally arrived at a place I can call home.” But the story that Baker pieces together through her research takes a strange turn when Jameelah is suddenly consigned to a Pagal Khana in Pakistan by Mawdudi. It seems in fact to confirm that Jameelah was the disturbed soul that American psychiatrists termed her.

Baker is both fascinated and irritated by her subject as she tries to get to the root of why a woman would spurn her conservative American background and set out for Pakistan determined to spend her life in the shelter of a burkha. Was she a disturbed individual or a kind of guiding spirit?

The story takes an even stranger turn when we reach Baker’s afterword and discover that Jameelah’s letters which form a great part of the book, have been “rewritten and greatly condensed“. It is as if Baker chose to set aside the objectivity of biography fascinated by the possibilities of the subject – which she herself qualified as ‘fundamentally a work of non-fiction’. Readers therefore can be forgiven for sitting back and wondering how much of Baker’s narrative to take on trust, the more so since Baker seems unable to reach any kind of conclusion regarding the fascinating subject that she herself hunted down in the New York library archives.

Maryam Jameelah is still alive and living in Pakistan – despite her brush with the Pakistani madhouse she married there, raised a family and became a philosopher to reckon with. Authorities on political Islam like Vali Nasr have said that she was ‘broadly responsible for cementing the global cultural divide between Islam and the West.’ At the end of the book Baker sets out to meet her in Lahore – though as she herself confessed to a Calcutta audience – the meeting did not result in any kind of closure. For Baker, Jameelah’s life, fascinating though it may be, raises more questions than answers.

If you’re planning to purchase Deborah Baker’s The Convert do consider buying it through this Women’s Web affiliate link at Flipkart. We get a small share of the proceeds – every little bit will help us continue bringing you the content you like!

Readers outside India can purchase The Convert through our affiliate link at Amazon.