The Aam Sutra Of Advertising In India

Mangoes as sex aids and deodorants turning women into nymphomaniacs - advertising in India seems unable to think beyond Sex to Sell. 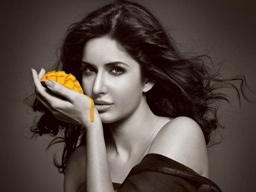 Mangoes as sex aids and deodorants turning women into nymphomaniacs – advertising in India seems unable to think beyond Sex to Sell.

The beautiful woman on the TV screen has a secret smile on her face as she fondles and caresses a mango into full ripeness. A sexy, languorous voice informs the viewer that it’s always better to take your time. Wait for it, she insists. The camera zooms in on her fingers as she delicately squeezes a single drop of juice onto her waiting lips. Greedily, she licks at it. This Katrina Kaif ad is selling mango juice.

Mummy’s summer stand-by is now practically a sex-aid, re-packaged and re-imagined as “Aamsutra”: a combination of delicious mango and imaginative sex, I presume. Try pouring out a glass of that for your kid. But perhaps your kid will insist upon it: the fantastic drink that put such a smirk on Katrina aunty’s face.

Unnecessary? Maybe. But it’s downright tame if you consider some of the other ads running on Indian TV channels these days. Deepika Padukone sells coffee by belly-dancing. John Abraham sells almost everything with his shirt off. A bike’s stability is shown off by female passengers performing stripper routines in full traffic. The high quality of one chocolate is shown by girls who lick it off themselves. Condom commercials, by contrast, are far less risque. In fact, the sexiest items in Indian advertising these days are probably male grooming products.

If you thought Axe runs a silly advertising campaign based on convincing adolescent boys (or the inner adolescent of grown men) that the use of their brand of deodorant will drive all women completely wild, turning otherwise unattainably hot women into sex-crazed zombies, meet their Indian cousin Zatak. Sold under the catchy slogan “Zatak Her”, an oh-so-hilarious wink-wink catchphrase in a country currently sitting on top of the misogyny charts (I’m talking about India , in case that wasn’t clear), Zatak is pretty much the soft-porn desi version of Axe.

Who knows what marketing genius first decided that the only way men would spend their hard-earned money on a personal grooming product was if the company could promise them all the sex they could handle in return?

With plotlines that appear to have been lifted directly from a low-rent erotica site, Zatak ads feature every day women who turn into raving nymphomaniacs every time they get a whiff of that precious odor. A bride on the way to her wedding ceremony changes her mind and drops her dupatta for the boy-next-door; the motherly sister-in-law develops a taste for some S&M while sewing on a button; and the assistant tailor’s luck is clearly in when a helpful table fan blows his Zatak talc all over the susceptible and lissome body of their latest client, a buttoned-down housewife who needs to be measured for a new blouse.

Who knows what marketing genius first decided that the only way men would spend their hard-earned money on a personal grooming product was if the company could promise them all the sex they could handle in return? But it’s definitely developed into a fundamental strategy for everything from toothpaste to razors to hair gel. Perhaps especially so in more repressed countries like India where the idea of a woman taking the sexual lead is still forbidden enough to make it sound exciting.

Not that these ads have anything positive to say about these women, mind you. To take them at face value, the modern men’s deodorant is a kind of legal date-rape drug, reducing thinking women into mindless sex toys. Hooray for advancement.

The problem with inappropriate Indian advertisements

To be honest, however, my problem with these ads is not that they exist: advertising companies are in the business of selling products, not social welfare, and sex sells. I don’t know exactly what it sells, other than sex itself, but I’ve heard it repeated often enough from people in the know, so it must be true. Besides, it’s a free (-ish) country and if you don’t like to see it on your screen, switch the channel. It’s so easy, I do it all the time even if I like the ad.

Neither do I favor bans. If the actors and companies involved signed on to these commercials of their own free will, then the paying public is equally free to take its money elsewhere if it has a problem with the product. That’s a much better and easier solution than getting the government involved.

Dare I admit I don’t like to watch a woman provide oral sex to a mango on primetime television?

What bothers me is how it has become almost impossible to criticize such fare these days without feeling apologetic. Dare I admit I don’t like to watch a woman provide oral sex to a mango on primetime television? Am I allowed to feel that way and still be a member of New India, progressive and liberal? Or does it mean I’ve slipped all the way across the board to the “humorless feminazi” column?

I’m glad we’ve come a long way from the days when Milind Soman and Madhu Sapre were arrested for the illegal use of a python. The world needs more tolerant societies. Now when do we get to the part where I can admit to disliking an ad simply because I find it inappropriate?