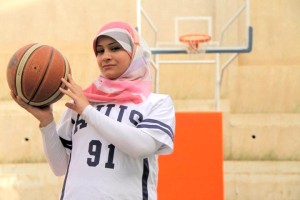 Posted: May 27, 2013
Writers, Instagrammers, or Video Creator? Join us at the Orange Flower Festival on Jan 22nd!

Basketball is a tool for a few women in an Iraqi university to express their freedom – even if only temporarily.

Director David Fine’s ‘Salaam Dunk’ was screened by the ‘Asia Society India Centre at Artisans’, a prominent art gallery in the Kala Ghoda neighbourhood of South Mumbai. Produced in 2011, Salaam Dunk is an 82-minute documentary film about the first women’s basketball team founded and coached at the American University of Iraq, Sulaimani (AUIS).

One of the high points of the evening was a post-screening interaction with the basketball team’s former Coach, Ryan Bubalo, via videoconferencing. Ryan was in conversation with Sana Ghazi, Research Fellow at the Observer Research Foundation Mumbai.

What is Salaam Dunk all about?

The basketball team is made up of an ethnically diverse bunch of young women who attend an elite university in a town called Sulaimani, away from their homes in other parts of Iraq. The medium of instruction here is English, a language shared by Arab and Kurdish students. They love studying at this university for the opportunities it offers them but they cannot tell people back home that they study at an American university. They are not seasoned players. In fact, many have never played any sport, leave alone being part of an official team.

They are not seasoned players. In fact, many have never played any sport, leave alone being part of an official team.

What drives and sustains them is their energy and love of basketball, as they train with an American coach (a graduate student from the University of Mississippi). Ryan is firm but supportive and encouraging as well. He motivates them to keep getting better at their game but is also realistic about his expectations. He takes pride in their accomplishments and also joins in their moments of grief. We hear one of his students say, “He is like an elder brother to me.”

Helping women in Iraq to look beyond their hardships 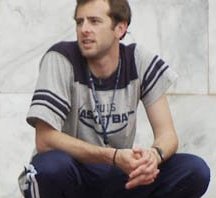 Ryan: The former coach of the women’s basketball team

The film brings us the stories of these women through a mix of formal interviews and confessional video diaries that are more intimate in nature. As Andrew Barker in Variety, writes in his review of the film, “Like many survivors of horrific circumstances, they all seem more interested in dissecting their daily troubles in the social and academic spheres than in recounting their painful pasts.”

One of the women in the film shares, “When I play basketball, I forget all my troubles, all my problems. It belongs to me. Nothing else in my life has given me what it has.” Another shows us a picture of her icon, and remarks, “This is Michael Jordan. One day, I will be like him. In my dreams.”

Yet another exclaims, “Basketball is like my soul for me!” Sana, in her opening remarks, before the interaction with Ryan, affirmed the value of these moments in the film as she noted, “Basketball is primarily a sport that men play but it has been able to create a sisterhood for these young women in the film. It has become a safe space for them to share their concerns and views.” This is the space that the film explores, particularly the role of the sport in developing leadership skills, not so much the possibility of these women having a career in sports.

The potential of sports to empower women

Also present in the audience was Kiran Negi of UN Women, who drew parallels with rural and urban contexts in India where, “life becomes increasingly restricted for girls as they attain puberty”. She celebrated the potential of sports in “creating a platform for the girls to come out, engage and express themselves in ways different from what their traditions would allow.”

This is not the sort of Iraq we ‘consume’ on our television sets. It was natural, then, for one of the audience members to ask whether the film was based on real-life stories or was a work of fiction. Sana wanted to learn about the security situation in Iraq and to what extent it affected the sport. Ryan responded, saying, “The security situation is much better in Sulaimani than in Baghdad or Southern Iraq. In the rest of the country, the current situation prohibits having basketball, in fact, any sport. For women in other parts of the country, it is difficult to practise and continue to play.”

…the current situation prohibits having basketball, in fact, any sport. For women in other parts of the country, it is difficult to practise and continue to play.

When asked about the challenges involved in coaching a women’s team, Ryan admitted that things would have been different for a female coach. “Families might have been more accepting of their daughters coming out to play.” Nevertheless, he drew inspiration from their ability to look for things to be happy about.

An American citizen in the audience was critical of the celebratory mood of the film. He said to Ryan, “While watching this film, I could identify small towns in Iraq from the map that were shown. They looked just like Vietnam, and were a reminder of what our country has done. We Americans have killed so many people. This film does not recognize all that. It is a pro-US film. It is American propaganda at its best, and that pains me.”

I wonder how the women in the basketball team would respond to this, especially the one who, in her video diary, says, “Basketball helped me to forget.” 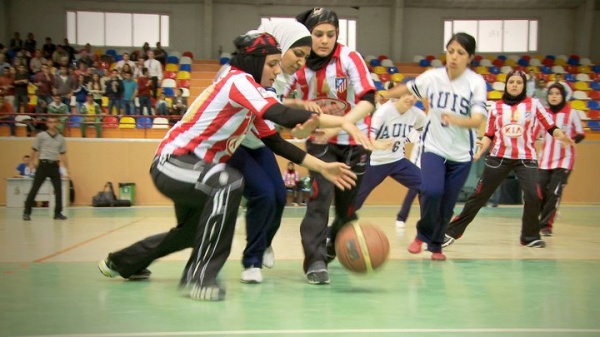 About The Author: Chintan Girish Modi is a freelance educator, writer and researcher from Mumbai with wanderlusting feet. He runs an online group called People in Education and loves to be drenched in the music of Kabir.

Can Working With Your Spouse Work?