Reel Fathers, You Can Do Better! 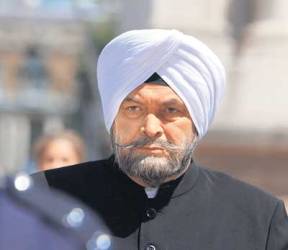 If there’s one thing Bollywood can teach parents, it’s what NOT to do. Take a look at the 5 Worst Bollywood Daddies ever!

Since the general conceit of a movie requires some kind of conflict for the characters to solve, nobody should be surprised that Bollywood isn’t exactly brimming over with great father figures. After all, the introduction of good parenting immediately removes several tried-and-tested plots from our beloved family blockbusters. For example, they say Indian storytelling will always be indebted to the Ramayana and the Mahabharata. Two epics brimming over with bad parenting decisions.

This month, with Father’s Day just having gone by, let’s look at some of the worst decisions a father can make… Bollywood-style.

Green Says Go – The friendliest and nicest of Bollywood fathers all have one fatal flaw: they’ve never learned to say No. You know the type – Anupam Kher has played almost every possible example of this variety. They buy their kids out of every situation, building a consequence-free lifestyle that passes as a symbol of their love for their progeny. Eventually, the child turns up with a conman for boyfriend or the family’s greatest enemy for a fiance and all hell breaks loose.

Now, I’m not saying indulging your kid in some retail therapy will eventually land him or her in rehab, but sometimes, the best gift you can get your kid is to take back the credit card. She might not like you very much for a while, but being intensely disliked at some point is a pretty significant part of being a responsible parent.

Tough love might build character but not tyranny of the sort where the child isn’t allowed to retain a single idea in his head unless it was expressly placed there by the father.

Forbidden Fruit – At the other extreme we have the father who can never say Yes to anything. If he had his way, the kid would be a well-trained robot, stored safely in a closet and brought out for special occasions. Tough love might build character but not tyranny of the sort where the child isn’t allowed to retain a single idea in his head unless it was expressly placed there by the father. No child should be reduced to a voiceless puppet in the name of parental authority. Sadly, in real life, fathers like Amrish Puri in Dilwale Dulhaniya Le Jayenge and Rishi Kapoor in Patiala House don’t magically learn the error of their ways. They end up dividing families and supporting honour-killings instead.

Do-Nothing Philosopher – Of all the Bollywood stereotypes, this is the gold standard of Most Annoying as far as I’m concerned. Here is a father, often with a dictatorial wife, who stands by and watches sadly as his sons grow greedy, his daughters promiscuous, and his daughters-in-law more tortured. Without doing a single thing to either stop or rectify the situation. Unless you count the numerous times he puts on an owlish expression and mouths little bits of rhyme or proverbs or something similar to express his discontent with the state of his family. Argh! What is wrong with this man? Kader Khan was a top favorite in this genre, usually in the 1980s’ South remakes. Dear Fathers-of-the-World, there is a time to quote poetry; when your family is going to the dogs is not it.

Manipulator Generator – Everyone from Prithviraj Kapoor in Mughal-e-Azam to Paresh Rawal in long-forgotten middling 90s hits has played this one. It’s the classic bait-and-switch where you promise and convince your kid that you’re totally on their side and have been listening very carefully to their list of demands… right up until the time you drop a concrete block on all their dearest hopes and trick them into giving you what you want. In the movies, of course, this is all about their choice of spouse. Let’s face it, people in Bollywood seldom have any troubles unrelated to marriage. But I feel emotional blackmail mixed with flat out lying is a parenting technique with much wider potential. Of course, if your kid catches on to your manipulation, he’ll never trust anything you say ever again. So if you’re planning to fake a heart attack some time, you better make sure you’re not actually at risk for a real cardiac arrest in case your child thinks you’re crying wolf again and leaves you to die by your lonesome self.

Kingpin Troubles – Anil Kapoor and Nana Patekar might have played it for laughs in Welcome, but as an angry Ajay Devgn taught India in the 90s, it’s hard out there for the children of mobsters. (Especially the illegitimate ones but I think that was a Devgn subgenre, so never mind that.) But why single out mafia dons? Bollywood is littered with the sad progeny of men successful in other fields of work. These kids have never been loved because their papa was too busy making money and their mothers died mysteriously – of some waiting disease probably.

And when they do finally find love, their father either immediately wants to kill the lover or the lover wants to kill the father for complicated reasons frequently involving robbed inheritances. So if you’re a successful man who one day hopes to have children, either clean up your act or just refrain from having kids. Who wants to spend their golden years in jail or six feet under ground?