A touching story by Rajlakshmi Pillai for January's writing theme, based on the cue “We tell ourselves stories in order to live.” 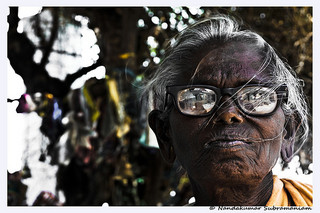 A touching story by Rajlakshmi Pillai for January’s writing theme, based on the cue “We tell ourselves stories in order to live.”

Rajlakshmi Pillai, in her own words: I am a freelance writer and like to see life’s other side through word images. Perhaps, writing down a story is better than telling it!

“This is the only and the best option before us,” said Jai, my only son. I sat there stiff and stunned, unable to come to terms with what I have been told. In a moment, my whole life came before me, reel by reel.

Jai had come to our life after 8 years of waiting. So, you can imagine our joy when we were handed our little bundle of joy. We could now call ourselves a complete family. My husband Ramesh and I were brought up in the same orphanage at Trivandrum in Kerala. Our marriage was arranged by the orphanage administrators with great joy. It wasn’t a love marriage, though Ramesh and I often interacted with each other since our childhood. He was good looking and well mannered but then there was no love between us. Perhaps, when you are exposed to a person with the same tragic story as yours, you don’t end up loving that person but you only have sympathy and empathy for him. Yet, I agreed to marry him for marriage meant a family for me, something that I had longed for since a child. Ramesh proved to be the perfect life partner. We soon moved out of the orphanage and rented a small house in Trivandrum, with the help of some kind sponsors. Ramesh was a skilled electrician and my tailoring training in the orphanage was helping me add to the household income. We were happy. Jai’s arrival added more sweetness to our fulfilled life.

Destiny had other plans though. Ramesh was killed at a worksite accident due to some electricity faults. Jai had just turned two. I was devastated. Ramesh was my only hope and my only support. He was my world. It crashed down before me and I could do nothing. Pai uncle, who was the chief administrator of the orphanage, and old friends, offered their support. But how long?

Slowly I got back to my life. I had a child to look after. I tried to put in all waking hours sewing away. The orphanage administrators and some sponsors helped me in getting work. Loneliness did not seem strange, after all, it was all that I had during my childhood and youth. If it bothered me then, I had come to liking it today.

Jai was good at studies and secured admission to an engineering college on his own merit. I was so proud! At the convocation ceremony, the principal called me to the stage to hand him the gold medal. Jai would often tell my story to his friends and teachers. He was very proud of me, I knew.

Jai’s rise was sudden – from a junior engineer to the team head. Our lives changed in many ways. I now saw him only on Sundays and that too for a few hours. I was happy for him for he was successful (in his own words). One day, he told me that he is thinking of marriage. I wanted him to marry someone from my orphanage as I thought that would be a grateful contribution from my side to the only ‘home’ I ever knew as a child. He had other plans. He said he was in love with Swati, his colleague and the only daughter of her parents, both doctors. I asked him if it was indeed the right choice. He was sure.

Swati was a nice girl. Yet, I often wondered, why was she so formal with me? There was no affection, for which I longed but when I saw that they were happy together, I was assured.

“Amma, what are you thinking? This is what I can do. It is best for both of us.” Jai’s voice startled me. He had got a great job offer from Netherlands and they wanted to shift there. The application form of ‘Shanti Old Age Home’ which he had duly filled, moved in my trembling hands.

The life at the old age home was nothing new to me. It was just a sort of ‘returning home’. Jai called once in a month or once in three months. I never complained. I was happy that he was content in his new world and that he had someone to care for him. I wondered if I had one more child, may be, things would have been different. Perhaps not! My neighbour, Eliyamma Thomas, is a mother to five children – three boys and two girls. None of them had the time or means to look after their ailing mother.

Life here is at a standstill. We do not know if we are alive or surviving. But we have to go on and that is why we tell ourselves stories in order to live or pretend that we are alive.