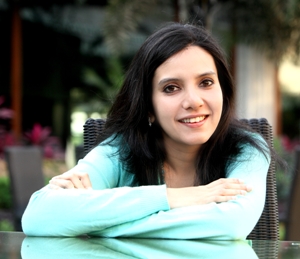 Interview with Naomi Datta, author of The 6 PM Slot, a new work of fiction based in the tumultous world of Indian television.

Naomi Datta is a television producer, presenter and writer who has worked with a number of leading channels. In her debut novel, The 6 PM Slot, she gives us a candid view of the behind-the-scenes action in Indian television.

What is the best thing about being a published author?

You get interviewed! Actually on a serious note, when you first see your name on a book – it does give you serious goose bumps. Apart from that, getting a second book out becomes that much easier once you are a published author.

But I think – that to be a successful published author is what finally matters. Success could be in terms of sales or just acclaim/ awards. For my first book, I managed a decent amount of notice but I can and should do a lot better with subsequent books. So getting published is the first baby step – there is a lot of work that remains. A lot of hard work. And no one really tells you that when you are holding onto that writing contract giddy with excitement. Your work has just begun.

While your work as a TV reporter would have helped with writing the 6PM slot, were there any drawbacks too? 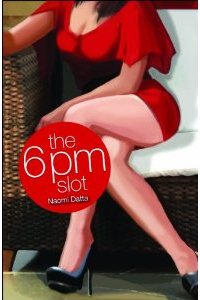 The 6 PM slot wasn’t only about broadcast journalism – it was a comment on television which includes entertainment television too. The book is a satire so unflattering truths are very integral to it. So it was supremely easy to write the book.

We know the 6PM slot is fiction, but how much of it draws from your own life?

The characters and some of the stories are drawn from real life. No character is based on me because I have a rather exalted sense of self worth. If you read the book, there is no character which you would really aspire to be but probably are! It is an ensemble cast of not very noble or heroic people. No one comes out shining in the book – everyone is flawed. It is just a bunch of hustlers/ survivors not guided by any lofty pretensions except for a strong sense of preservation. Just like real life.

If you were a man, would there be anything different about The 6 PM slot?

No. The book is gender neutral. One of the central characters is a woman, but contrary to a few reviews this is not Tania’s story. It is the story of television in India. The cover of the book while provocative, unfortunately is deceptively chick lit. I like chick lit – but my book is very far from it. It is actually a rather dark, funny book which doesn’t really have a sense of redemption. However, humour writing/ satire is not taken too seriously in the Indian publishing scenario. You need to be a bit maudlin/ sentimental and not very mainstream to be literary fiction. Television unfortunately is too mainline to make the cut.

Who was the first to read The 6PM slot? What was their first reaction?

My  friend Anita. She read the first three chapters and goaded me to write the rest. She was supposed to be my literary agent and spur me to great literary heights and huge million dollar advances – however she got distracted by marriage and moved to Hong Kong! Infidel. Jokes apart, the book wouldn’t have been written if it weren’t for her. She found it hugely funny and utterly brilliant – she is a person of exemplary and discerning literary taste as is quite evident!

No book really. But there are some bestsellers in the Indian fiction market that I would love to rewrite. Only I don’t think they will remain bestsellers then.

Previous Interviews in Author’s Corner can be accessed here.

Answer this question: What is the one thing ‘behind-the-scenes’ on Indian media/television that you are curious about/would like to know?

Just leave your answer as a comment below – and the best comment will get a signed copy of The 6 PM Slot!

Please note: Only 1 comment per person. The book can only be sent to a valid address in India. Giveaway closes on 9 AM IST 29th Jan 2013.

Update: Giveaway Closed.
The winner is Arundhati! Congrats Arundhati and thanks for participating everyone!
Look out for more such exciting events at Women’s Web!