A mother’s love is considered unconditional and boundless; then, why is it so hard to accept the fact of a child’s alternate sexuality? 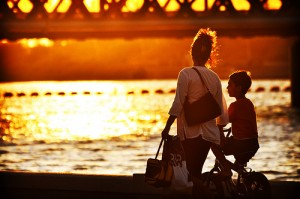 A mother’s love is considered unconditional and boundless; then, why is it so hard to accept the fact of a child’s alternate sexuality?

(Translated from the original in Tamil by Aparna V. Singh)

On this summer afternoon in Chennai, the heat is getting to me. It feels as though my mind too is on fire with the same heat. My elder son has just told us that he cannot get married to a woman. When we asked him the reason for his decision, he began rambling on about his sexuality. I switched on the TV, unsure whether it was to divert my mind or forget myself. One of those televised debates was on, the topic being, ‘Which was the greater love? That of the Ayodhya-vasis for Rama or of the people of Gokulam for Krishna?’. My mind returned to my son’s problems.

He said that since he was fifteen, it had become evident to him that he was not attracted to girls like other boys. On realizing his attraction to other men, he had been confused at first, and then afraid. He told us that he had since then read many books, which had helped him understand the changes happening to him.

His father and I tried to reason with him. His father went to the extent of telling him to get married to a girl for our sake and “do what you have to” in private. My son was furious. I cannot betray my partner like that, he said, and left the house in a rage. He hasn’t returned since. My heart sank. His father threw on a shirt and left the house as well.

The phone rings. It is my son. “Amma, how could you stoop to this level? If Appa had such an affair with someone, would you have treated it so casually?”

“It has been 30 years now since we got married. Why are you talking about our lives, when we want you to talk about your marriage?”, I remonstrated with him.

“You’re talking about my marriage with your own expectations in mind, but you’re not thinking of whether it would make me happy.”

I interrupted him. “We are trying to reason with you because we’re not concerned about you, is it? What kind of talk is this?”. Even as I spoke, I broke down.

“To stop your tears now, I need to get married and cry all my life, isn’t it? I am not going to. You can cry all you want!” He was furious, as he hung up the phone.

I know that he is upset over having hurt us and at the same time, frustrated about not being able to do anything about it. Does a mother not know her son’s heart?

Wait a minute! Something is not adding up. Suddenly, my mind stops thinking for a moment and I feel some kind of a revelation. If I can always understand my son’s heart, his feelings, then, why am I not able to understand what he says, what he feels now? I am so confused. Unable to find the answer, my head spins.

The sound of applause on the TV caught my attention.

It was the turn of the speaker arguing in support of Krishna. “The Andal Paasuram* says that Krishna was a liar. Everyone knows about him stealing butter…the Azhwar Paasuram says that if Krishna is missing, where should we search for him but in the folds of the Aachiyars’** saris? The people of Gokulam did not perceive these as his faults. He said, “I am what I am. If you love me, accept me as I am.”

Rama was different. To get others’ love, he behaved as each person expected him to.To protect his reputation, did he not let Bharata down? Let his wife suffer despite knowing that she was pregnant? Stay hidden and kill Vali? But Krishna ensured that all his wives were happy despite having many thousands of them. Despite having taken a vow, ‘I will not take up weapons’, he broke it just to ensure that Bhishma’s vow, ‘I will make Krishna take up weapons’ could be fulfilled.” The speaker continued, “That is true love. To ensure that you do not wrong those who depend on you, knowingly or even without your knowledge, that is true love.”

My mind returns to my son. Isn’t this what he is saying? He doesn’t want to get married and cheat an innocent girl. Isn’t that the right thing? If I love my son as the people of Gokulam loved Krishna, I should truly understand him.

What he desires is to make his partner happy, as did Krishna to those who depended on him. And to stay loyal to his partner, like Rama. If it is his happiness that is important to me, why should I deny him? I could never bear his crying even when he was a child; how can I bear it now?

We want him to be married so that he will be happy throughout his life. If we look at things from that perspective, this marriage will be meaningless. Not for him, or for that girl, or even for us, his parents – this wedding which will hold no happiness for anyone, will just be a three day (make that a two day in these times!) gala with relatives.

On the TV, the moderator concluded the debate by saying that the love of the people of Gokulam for Krishna was the superior one, since it was not bound by any rules or regulations.

In my heart, I pronounced my own judgment that I would stand by my son, and got up to make coffee.