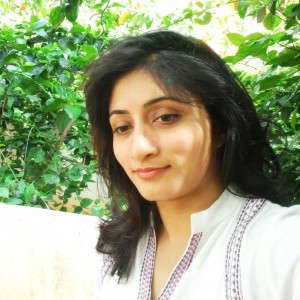 India is a land which unabashedly celebrates its cinema and adores its screen idols. It is no surprise then that Uttam Kumar and Suchitra Sen are an unforgettable phenomenon in the history of Bengali cinema. Maitreyee Chowdhury pays homage to one of the most sensational couples of Indian cinema through her book, Uttam Kumar and Suchitra Sen – Bengali Cinema’s First Couple.

What compelled you towards writing a book on Uttam Kumar and Suchitra Sen? Why the fascination with this relationship?

Like many other Bengalis I grew up outside Bengal and had limited exposure to most things Bengali. Uttam-Suchitra films were my window to Bengali culture to begin with and like many others I fell in love with them. Uttam Kumar and Suchitra Sen have made successful pairs with other people, but together they were magic. With time, I graduated to other films, maybe even more serious cinema, but the essence of their films is magical – like a little bit of fairytale visited every time.

Many of the biggest hits delivered by this pair continue to be watched till today. What do you think keeps them from getting dated even 40-50 years after they were made?

I think it is a combination of their individual and collective charm, backed by good stories told well that make them popular till today. To many of today’s viewers they are sheer nostalgia, a peek into the golden days. Besides there is something unbeatable about two extremely good looking people, with dollops of acting talent setting the screen on fire with their chemistry.

Given that Suchitra Sen has been reclusive for many years and was considered unapproachable even when she was in the limelight, did the absence of many primary sources of information bog you down while writing? How did you approach your quest for information about the actors and their lives beyond work? 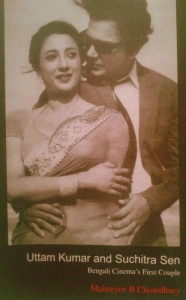 Yes, in some ways her wish to remain secluded is a problem for anyone who wants to know more about her. But in many ways, that is something I respect about her too; she is after all entitled to her privacy. Moreover, the book isn’t a biography of the stars; it is a fan’s tribute to the golden couple. The book though named after them is not restricted only to them, it covers a range of Bengali film history and Bengali film music history and relevant details about what brought them together, which makes it a book also important as a documentation of that era.

The book took three years of research to complete, apart from interviewing some of those associated with their film making like Shabitri Chatterjee, Madhabi Mukherjee, Gopal Krishna Roy, etc. The common public and Uttam-Suchitra fans in Bengal often had lots of interesting information to divulge too.

Did you have a reader in mind when writing this book? Is it meant primarily for Bengalis?

Like me there are many who have been fascinated by this couple and yet this is the first book in English that talks about them and how their pairing came about. I realized that there were many Bengalis settled abroad or even those within India but outside Bengal, who would like to know more about the couple. The book will appeal not only to Bengalis but also to those who have any connection with Bengali cinema (which incidentally has been well regarded in India since early times). There are also many Bengalis who cannot read in Bangla inspite of enjoying Bengali films, who would find this book interesting. Further, the book also has a chapter on famous Bollywood couples, which would be of interest to those who love Hindi films.

You have written two non-fiction books so far. Do you plan to branch out to fiction writing as well?

Since most of my reading is non-fiction I guess it might be said that it is but natural that both my books are non-fiction too. It’s too early to say whether I shall be writing a fiction in the future or not. I’m not a writer who churns out a book every year; the compulsion to write must be strong enough to make me go ahead. I also think fiction writing has changed over the years, one needs a good plot as well as terrific research to back it up or else it ends up being a mediocre product.