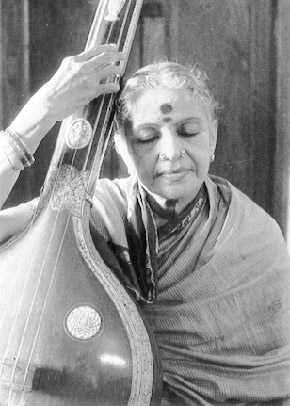 Popularly known as ‘M.S.’, M.S. Subbulakshmi went from humble beginnings in Madurai to a leading exponent of Carnatic music.

Her musical journey began at the tender age of 13. At 17, with her first public performance, she broke into a hitherto male bastion.

M.S.’ forte was devotional singing – ‘Bhaja Govindam’, ‘Venkateshwara Suprabhatam’, ‘Vishnu Sahasranamam’ among her more famous numbers. She was legendary for her sublime and flawless voice, as for her memorable performance in the film Meera.

M.S. has many firsts to her credit – the first musician to be awarded the Bharat Ratna, the highest civilian honour, and the first Indian musician to be conferred the Ramon Magsaysay Award.

Why we find M.S inspiring

– Because she put Carnatic music on the world map

– Because her music seemed to flow from her soul

– Because every morning, South India still wakes up to her Venkateshwara Suprabhatam

– Because she was a great philanthropist

– Because, despite her large-than-life fame, she stayed humble and approachable