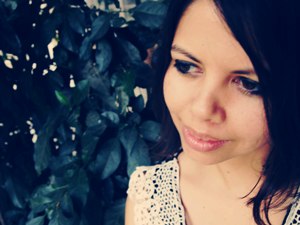 Interview with Janice Pariat, author of Boats On Land – a collection of 15 short stories inspired by life in North-east India.

Janice Pariat is the editor of Pyrta, an online literary journal. Her debut book, Boats On Land, is an intriguing collection of short stories set in her hometown, Shillong.

What was the hardest thing about writing Boats On Land?

As with every collection of short stories, attaining a balance between too much and too little. With a novel, there is space for a story to breathe, expand, diverge but with short stories the line is far more precarious. Too much and it ceases to be compact and contained and too little may make it hard for a believable reimagining of a world, a life, a character.

Which is your favourite story in Boats On Land?

None. All. It varies. I like the tone and humour of ‘The Keeper of Souls’, the explosive emotional pulse of ‘Boats on Land’, the Gothic eeriness of ‘At Kut Madan’. Then on some days, I wish I could rewrite each and every one.

How do you find inspiration for your stories?

For as long as I can remember I’ve been a fond and careful listener of stories told by friends, family and strangers. I also come from a community of oral story-tellers for whom the ‘word’ is powerful and transformative, whether it’s folk lore, rumour or song. With Boats on Land, it was important for me to document a place and a people, to find a way to interweave the mundane and the marvellous, the quotidien and the mythic.

If you were a man, would there be anything different about Boats On Land?

For Virginia Woolf, women writers developed what she termed the ‘female sentence’ or the ‘sentence of the feminine gender’, which is looser and more accretive than the male sentence. Some French feminists – Luce Irigaray and Hélène Cixous – assert there is a difference between men and women’s writing but found it hard to give concrete examples. I prefer to quote Philip Pullman, who says “I don’t think the narrator is male or female anyway. They’re both, and young and old, and wise and silly, and sceptical and credulous, and innocent and experienced, all at once.” It’s the same with writers.

Who was the first to read Boats On Land? What was their first reaction?

That would have to be Trisha Bora, my editor at Random House in Delhi. And she said, “Jan, we’ll give you a beautiful book cover.”

For now, a novella. I am fascinated by their precise and perfectly balanced form; like a piece of sculpture, really.

Previous Interviews in Author’s Corner can be accessed here.