Traditionally, we think of Marketing as aimed at the ‘ordinary consumer’ like you and me. However, businesses also sell to one another, and this area of Business-to-Business (B2B) marketing is fascinating and challenging in its own way.

Jessie Paul is the Managing Director of Paul Writer, a marketing advisory firm she founded in early 2010 to work with clients in the B2B, services and technology space. What drew us to interview her was her creating the Paul Writer community, a first of its kind for B2B marketers in India.

Previously Chief Marketing Officer of Wipro’s IT business and as Global Brand Manager at Infosys, Jessie has been among the most influential business women in the Indian IT industry.

(Note: This interview was conducted in early June 2011). 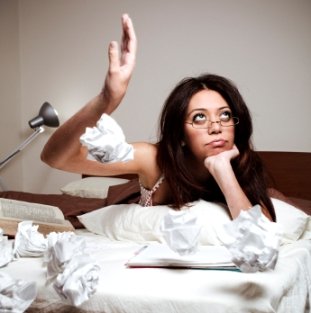 Aparna V. Singh (AS): How did you come up with the idea of a community specifically for B2B marketers?

Jessie Paul (JP): During my time at Wipro, I’d seen many instances where someone sends you a proposal with references from XYZ clients, but then, when you check it out, it is not really true. I felt that having a stronger network would help marketers get better advice in many such cases. In the U.S – which was my primary network – such networks are very strong. In India however, there is not much outside of FMCG.

So, I started out in early 2010 with a small group on LinkedIn, which soon crossed 100 members – that’s when I decided to take it up on a larger platform, as Paul Writer. It is targeted mainly at senior level marketers – most members have at least 5 years of experience in the field, and are hard-core marketers, not dabblers.

AS: What has the response from the Indian marketing community been like?

JP: It’s less than a year since we launched the site in August 2010. While the portal is the content hub, we reach out to people through many ways such as Facebook and LinkedIn. We already reach at least 10,000 people through all these channels, including the Paul Writer CMO Roundtable which is meant for senior marketers with at least 8 to 10 years of experience.

I don’t want to be spammy and just build numbers. At the end of 3 years, if you have a marketing problem, I want people to say, “Why don’t you see if there is something on Paul Writer?”

At the end of 3 years, if you have a marketing problem, I want people to say, “Why don’t you see if there is something on Paul Writer?”

We also reach the community through strategic events which are something like a “TED for Marketers”, where members can network and also go home with something new and feel inspired.

AS: Given the increasing amount of time that people spend on Facebook, how do you see the future of focused communities like Paul Writer?

JP: In the early days of search engines, you would try out a few of them (like Altavista or Lycos), but gradually people have settled down to just one they like. Similarly, early users of social networking sites too have their pet ones for specific purposes. However, it is true that newer users seem to use one portal for everything, depending on what they first got used to. My prediction is that one of these sites will start doing everything – Facebook has already started giving a lot of options to help you ‘do everything under one roof’. My customers are going to read me there (on Facebook) or on the site.

It is true that the ability to monetize a content hub has gone down. People read your content elsewhere or only read a particular article, not browse the site. Users tend not to move away from their favourite portals, so content hubs have to face that reality and make money through creating database and relationships. There are many other ways to make money rather than just selling ads on your site.

Paul Writer as a site is a great thought leadership tool, but a big part of our business comes from Consulting with clients.

AS: On a slightly different note, as a woman entrepreneur yourself, what do you have to say about the criticism of women entrepreneurs that they build ‘lifestyle businesses’ and do not think big enough?

JP: It is true – and there has been research behind this – that for many women entrepreneurs, there has to be a cause behind what they do. Especially for women above 40, who have some financial security, why should you kill yourself for money, if you can find something you enjoy, which does some good for society and pays yourself and your employees reasonably well?

It’s social conditioning which says you must be judged by how much money you make or how many employees you have. There is nothing wrong in looking at the holistic value of life.

Today, it’s not just women who are doing this. When a woman does it, we say it’s a ‘lifestyle choice’, but what’s wrong with it? It’s social conditioning which says you must be judged by how much money you make or how many employees you have. There is nothing wrong in looking at the holistic value of life.

I believe that women entrepreneurs actually tend to be better because they can look at it this way!

Nirmala Menon, CEO of Interweave Consulting helps the cause of diversity at Indian workplaces for people of different gender, regional origin and communities. 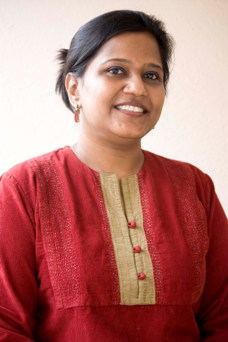 Nirmala Menon, CEO of Interweave Consulting helps the cause of diversity at Indian workplaces create an enabling environment for people of different gender, regional origin and communities.

While “Diversity” is a concept Indians understand instinctively, we know little about actively managing diversity at an organizational level. An experienced Human Resources professional, Nirmala Menon is the Founder and CEO of Interweave Consulting , a diversity management solutions firm. Here, Nirmala tells us more about diversity management in India, the rise of new, flexible work environments , the issues that different employees, especially women face , and how actively dealing with these issues can help. 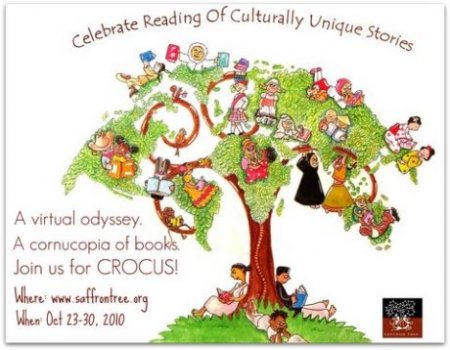 We caught up with Praba Ram, the Founder of Saffron Tree, to talk about the wonderful work they are doing and especially to discuss CROCUS, an annual Saffron Tree event that seeks to ‘Celebrate Reading of Culturally Unique Stories’.

Praba is an accomplished writer, having recently co-authored Dinaben and the Lions of Gir with Meera Sriram, another Saffron Tree author.