A tribute to one of the earliest and most accomplished icons of Indian feminism – Vina Mazumdar. 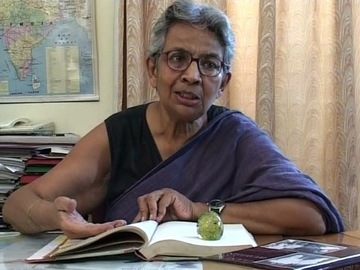 A tribute to one of the earliest and most accomplished icons of Indian feminism – Vina Mazumdar.

Vina Mazumdar who passed away last week at the age of 86, was one of the frontrunners of the women’s movement in India. Born into a Bengali family, Vina Mazumdar was a well-educated academic who has served in an important role in the Committee on the Status of women in India (CSWI). She was instrumental in bringing out a well-researched report called Towards Equality, which highlighted the plight of Indian women.

Vina Mazumdar was a well-known champion of women’s rights in the 1980s and 1990s and she became the founding director of the Centre for Women’s Development Studies (CWDS) as well as the founding member of the Indian Association of Women’s Studies (IAWS).

Her views on women’s empowerment in India have laid the foundation for the progress of women in our country. She has also published her memoirs titled Memoirs Of A Rolling Stone.

– For her commitment to women’s issues

– For her well-informed and well-researched opinions on social issues