In an industry where most women are simply treated as arm candy, Vidya Balan imparts a certain dignity to her work. 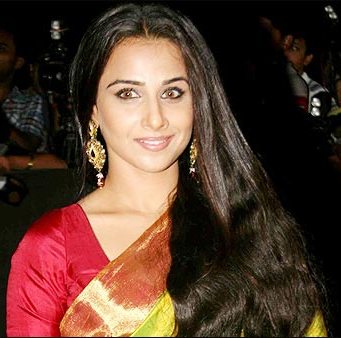 In an industry where most women are simply treated as arm candy, Vidya Balan imparts a certain dignity to her work.

In a male-dominated world, where the success of a movie depending on the female protagonist is quite limited, Vidya Balan has done the unthinkable.

She started with playing a de-glam role in the serial Hum Paanch and came back with a bang with Parineeta. Vidya Balan was often criticized, whether it was for her age, fashion sense or her weight.

Her acting talent shone in several of her films such as Paa, Ishqiya and No One Killed Jessica among many others. After a period of being labelled as “fat” Vidya sizzled on screen in the movie The Dirty Picture, for which she also put on 12 kgs. She openly challenged the industry so plagued with the notion of a size zero and garnered a huge fan following. Not only men, but women too were in awe of her courage and stopped blindly following the thin-is-in fad.

Her succeeding movie Kahaani was also a big hit. Vidya Balan has won several prestigious awards for her roles including the National Award for Best Actress.

– For her bold and skilful portrayal of challenging characters