Taslima Nasrin describes herself as a writer, activist, secular humanist, feminist and physician – we’d like to add inspiring woman to that! 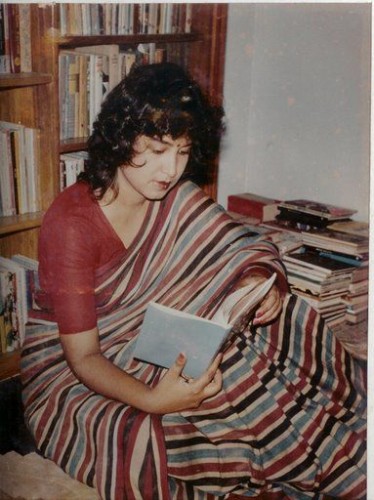 Taslima Nasrin describes herself as a writer, activist, secular humanist, feminist and physician – we’d like to add inspiring woman to that!

Trained as a doctor, Taslima is better known for her passionate and honest writing on women’s issues and as a champion of human rights. Often in the news for her progressive views and outspokenness, Taslima has boldly carved herself a fitting place in history.

She has been bestowed with numerous awards such as the Ananda Literary Award, Natyasava Award, Sakharov Prize for Freedom of Thoughts, Saratchandra Award, Feminist Of The Year Award and Freethought Heroine Award among many others. Although she has been disallowed from entering Bangladesh, countries such as France have awarded her Honorary Citizenships and she is currently living in New Delhi.

– Because she refuses to be cowed down by dictators and extremists

– Because even while living in exile, she lives with dignity and courage, never allowing her spirit to be broken