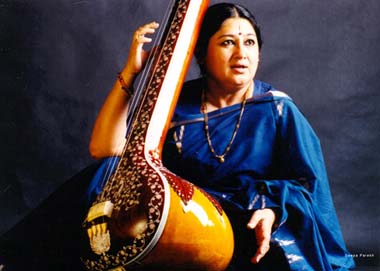 Mesmerizing India and making the nation dance with her soulful voice Shubha Mudgal has much to offer when it comes to music.

Born to parents who were both Professors, Shubha had a profound interest in classical music and soon started performing at a very young age. The 80s and 90s saw a lot of classical performances, especially favouring the Khayal and Thumri style.

It was in the late 90s, when Shubha started experimenting with other genres and gave us all-time favourites like Ali More Angna and Ab ke Sawan, each having a distinct relatable and idiosyncratic quality to it.

Shubha Mudgal is the trustee of an organization named Anhad that strives to combat hate ideology and has been inspired by the Gujarat carnage of 2002. The organization believes in tending to the roots of problems which lies in religious and communal hostility flamed by ulterior political motives.

She is also a regular columnist and writes for popular publications such as Live Mint.

– For being open to contemporary music, without losing her classical roots

Common Myths About Contraception In India