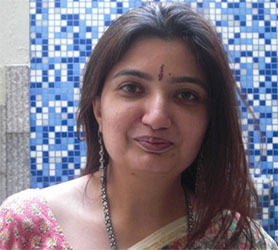 Shilpi Kapoor, the founder of BarrierBreak is a social entrepreneur who believes in using technology to improve the lives of the differently abled.

Shilpi Kapoor worked for a boss who was paralyzed; but it took 2 years for her to realize this since they were in a virtual work environment. Once she came to know of this fact, she realized that technology doesn’t differentiate between the abled and the differently abled. And thus was born the idea behind BarrierBreak, a pioneering firm in accessibility and assistive technology in India.

Through BarrierBreak, Shilpi Kapoor hopes to bridge the gap between ability and accessibility thus creating an inclusive society which offers equal opportunities to one and all. Their initiatives are many, including spreading awareness about disability and accessibility, developing libraries for the visually impaired and offering disability-friendly services and products such as communication tools for the hearing impaired.

Often referred to as the technology enabler and an accessibility evangelist, Shilpi Kapoor wants to enrich the lives of people with disabilities. Her goal is to empower the 70 million disabled people in India.

– For being a role model to women entrepreneurs in India

– For proving gender stereotyping wrong by being a successful woman in STEM.