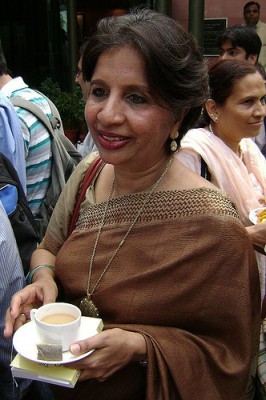 Nirupama Rao holds the prestigious position of India’s Ambassador to one of the most influential countries of the world, the USA.

Nirupama Rao’s diplomatic career spans several decades and she has worked in important roles in many countries across the world including China, Russia and Sri Lanka among several others.

Known as much for her elegant cotton saris as well as for her articulate and insightful talks, Nirupama Rao acts as a strong connecting link between India and the US. She works towards building better trade and economic relations between the two countries.

Keeping up with the times, Nirupama Rao is highly active on Twitter, earning herself a spot in Foreign Policy’s global list of 100 Most Influential Women on Twitter.

– For being the educated, accomplished and empowered face of India in the US.

– For managing to find an effective balance between motherhood and a high profile career which involves extensive travelling.

– For setting a fitting example to young Indian women to aim high and to work hard.

The Moonballer by Nirupama Vaidyanathan