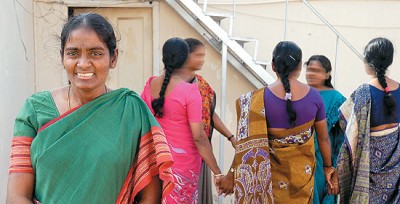 Kousalya Periasamy is the founder of the Positive Women Network, a support organization for women living with HIV.

Kousalya was just a teenager when she found out that she was HIV positive. Barely a few weeks into her marriage, Kousalya was shocked to find out that her husband was infected – and that he had concealed this fact from her.

Although devastated, Kousalya was determined that other young women should not face the same fate as her. In 1998, she gathered like-minded women and started the Positive Women Network (PWN), which strives to spread awareness about HIV.

Over the years, PWN has helped thousands of helpless women who are forced to face the stigma of HIV every day. Kousalya, publicly announced that she was HIV positive and doesn’t hesitate to share her story widely. She believes in positive living and is working towards ending the discrimination against HIV positive Indian women.

–  For refusing to let her illness break her and instead converting her misfortune into positive action.

–  For reaching out and improving the lives of women who would otherwise be shunned by society.