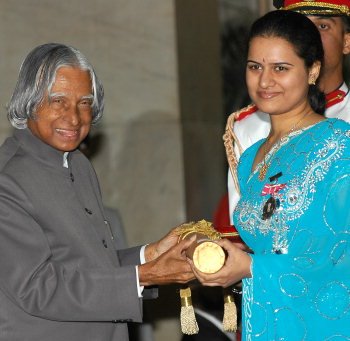 Born in 1987 in Andhra Pradesh, Humpy was smitten by chess as a toddler and under the guidance of her father, went on to win the Under 8 National Chess Championship in 1995. The rest is history and there was no looking back. She continued winning accolades in the Under 10, Under 12 and Under 14 age groups. At 15, she became the youngest woman to ever become a grandmaster.

– For being the perfect combination of beauty and brains

– For making her country proud by her numerous awards and recognitions

– For her dedication to her passion from an early age