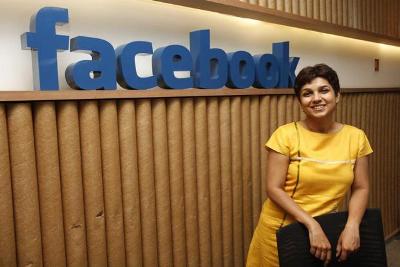 Kirthiga Reddy, Head and Director Online Operations of Facebook, India is a beacon of hope to Indian women in tech today.

Facebook has revolutionized social networking. Almost everyone is on Facebook now but how many of us know about the woman at the helm of Facebook’s India operations?

Ingrained social conditioning has resulted in Science & Technology careers being stereotyped as “men’s” professions, leading to skewed gender ratios and gender inequality in STEM. In such a scenario, it is heartening to note that the first employee that Facebook hired for its India office was Kirthiga Reddy.

Born and brought up in India, Kirthiga Reddy completed her graduation in India and went on to pursue her MBA from Stanford University as well as an M.S in computer engineering from Syracruse University. She has worked in several prestigious companies such as Motorola and Silicon Graphics – were she was the youngest director of engineering and the only woman at that level in her team.

When Facebook opened its India office in 2010, Kirthiga Reddy had to start from scratch. Over the course of 3 years, Facebook has witnessed a rapid growth in its user base in India along with impressive brand and business engagement.

Being a mother to two young girls, Kirthiga Reddy has perfected the art of work-life integration. With her passion for learning and the courage to take risks, Kirthiga Reddy is all set to take the tech world head on!