What does it take to reach the top of the world? Grit, sweat, and oodles of determination. Precisely the story of Indra Nooyi. 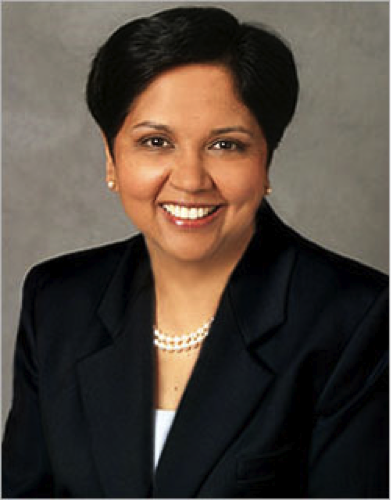 What does it take to reach the top of the world? Grit, sweat, and oodles of determination. Precisely the story of Indra Nooyi.

The Chairwoman and CEO of PepsiCo, one of the world’s largest beverages companies, Indra was born in (then) Madras in a middle-class household, and raised by her mother to dream big in life. Thus, not stopping at a masters from IIM (Calcutta), Indra went to Yale, Connecticut to pursue higher studies. Even if that meant working in the wee hours of the night as a receptionist to pay her bills.

Indra worked with Johnson & Johnson (where she introduced ‘Stayfree’, the sanitary napkin), Motorola, and ABB, before joining PepsiCo. Her masterly vision and never-say-die approach have been responsible for PepsiCo’s phenomenal growth.

Today, Indra Nooyi ranks fourth among the most influential women in the world.

– Because she hasn’t traded her core self for corporate success

– Because she proves by example that the world is our oyster