Captain Lakshmi Sahgal led the Rani of Jhansi regiment of the INA; an inspiring woman who played an incredible part in the Indian freedom movement. 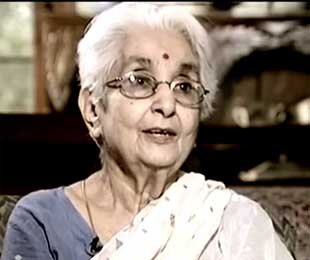 Captain Lakshmi Sahgal led the Rani of Jhansi regiment of the INA; an inspiring woman who played an incredible part in the Indian freedom movement.

At a time (the 1930s and 40s) when Indian women rarely stepped outside the home or their role as homemakers, Lakshmi Sahgal (nee Lakshmi Swaminadhan) had bigger plans. Born to a progressive family in Madras, she trained as a doctor, and was leading an independent life as a practicing gynecologist and obstetrician in Singapore.

Fate had bigger plans with her, and when the British forces in then ‘Malaya’ were routed, and the Indian National Army formed with the support of the Japanese, she was gradually drawn into the movement. Not surprising, considering that her family had always had strong nationalist leanings and were active Congress and Gandhi supporters.

Once Netaji Subhash Chandra Bose took the INA in hand and moulded it into a fighting force, she played a key role, leadings its women’s regiment. Through the rest of the war, she was active in the movement, and her role included managing the hospitals that the INA set up in Burma and Malaysia to help those wounded.

She was among the many INA members arrested by the British at the end of the war (since they were on the ‘wrong side’), though she was not eventually sentenced. Till the end of her life, Captain Lakshmi was actively engaged in civil society and continued her work as a doctor almost till the last years of her life.

–          Because fearlessness was her middle name, and she spoke her mind with courage and candour

–          Because she was among the founding members of AIDWA, the women’s wing of the Communist Party of India

–          Because she took a keen interest in the challenges facing Indian society, and in doing so, defined patriotism rather than jingoism

An interview with Captain Sahgal