Hailed as one of the best women journalists of India, Barkha Dutt is a name that is instantly recognized in the Indian media industry today. 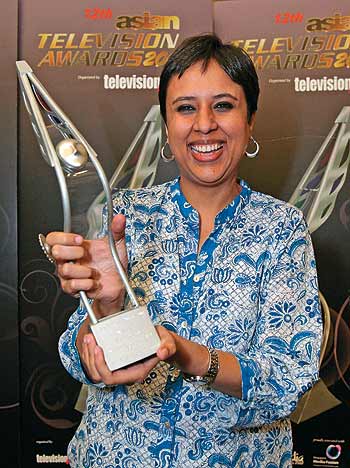 Hailed as one of the best journalists of India, Barkha Dutt is a name that is instantly recognized in the Indian media industry today.

In a male-dominated world, Barkha Dutt has portrayed fierce journalism through her coverage of the Kargil war and the 2004 Tsunami.

Barkha Dutt is an inspiration to budding journalists with her in-your-face attitude and prowess for news – she is one of the most inspiring women who has immensely contributed to the field of media.

With two masters degree, one from Jamia Milia and the other from Columbia University’s Graduate School of Journalism, it was Barkha’s coverage of the Kargil war in 1999 that brought her to the limelight. Prior to that, she headed the news wings at NDTV, the television company she started working with.

Barkha’s coverage of the 2004 Tsunami earned her a Padma Shri and she has also been at the receiving end of a number of award and accolades. She received the award for the Most Intelligent News Show Host, the Commonwealth Broadcasting Association Award for Journalist of the Year in 2007 as well as the Society Magazine Young Achievers Award. She was also twice renowned as one of the “100 Global Leaders of Tomorrow”.