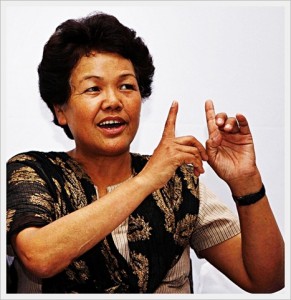 Bachendri Pal first tasted the thrill of the mountains at the age of twelve. It was exhilarating. With dreams in her eyes and conviction at heart, Bachendri joined the Nehru Institute of Mountaineering to learn the ropes of climbing.

Two years later, Bachendri was chosen to be a part of the fourth organized expedition to Mount Everest. The trek was laden with perils, freezing sub-zero temperatures and enervating altitude sickness. And when a massive avalanche broke the morale of half the members of the team who abandoned their journeys, this intrepid woman refused to give up.

On 23rd May 1984, Bachendri scaled Mt. Everest, creating a powerful new record as the first Indian woman to reach the top of the world.

For her stupendous lifetime’s achievement, Bachendri Pal was awarded the Padma Shri. She is also acclaimed in the Guinness Book of World Records.

Mountaineering and river rafting – Bachendri pursues her life’s passions even today, as she spearheads several only-women expeditions across the formidable Himalayan outdoors, and trains youngsters to surmount their fears.

– Because she exemplifies the proverb – when the going gets tough, the tough get going

– Because she proves that with single-mindedness, no challenge is insurmountable – be it scaling mountain peaks or defying the naysayers.