Arundhati Roy is a literary genius, a social activist and a person who believes in fighting for the rights of disadvantaged people. 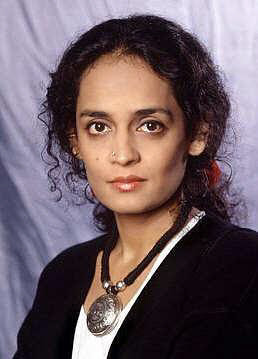 Arundhati Roy is a literary genius, a social activist and a person who believes in fighting for the rights of disadvantaged people.

Arundhati Roy studied architecture at the School of Planning and Architecture, but it was literature that was her true calling. Her screenplay, which was based on her own life account of an architecture student, titled In Which Annie Gives It Those Ones won rave acclaim and she also performed in Electric Moon.

It was her critical take on Shekhar Kapur’s Bandit Queen that placed Arundhati in the limelight. Her fierce and unabashed questioning of making a movie on the rape of a woman, without her consent made the headlines of a number of tabloids.

Arundhati began writing her first novel The God of Small Things in the year 1992 – which on completion in 1996 won the 1997 Booker Prize. The book was also hailed as one of the notable books of the year by the New York Times .

She has been actively involved in a number of social causes including independence of Kashmir (for which she faced threats of arrest), Narmada dam project and planned on contributing to the book titled We Are One, which delves into the different cultures of people around the world.

Named as one of the world’s 100 most inspirational women by The Guardian, she has received a number of awards including the Booker Prize, Lannan Foundation’s Cultural Freedom Award, Sydney Peace Prize, Sahitya Akademi awards and Norman Mailer Prize.

–  Even after severe criticism and threats to be incarcerated, Arundhati Roy continued to be a social activist and voiced her opinion bravely.

–  A role model for those who fight for what they believe is right.