A foreigner who loved India and left an ever-lasting legacy in the form of the Theosophical Society. 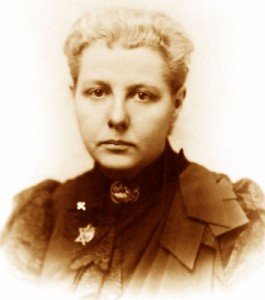 Annie Besant, a foreigner who loved India and left an ever-lasting legacy in the form of the Theosophical Society.

Annie Besant was born as Annie Wood in England in 1847. Having lost her dad quite early, she was acquainted with adversity from a young age. After parting ways with her husband over personal and political differences, she became an earnest champion for women’s rights and fought for several social issues. She was a powerful orator well-known for her passion and public persuasion skills.

She courted controversy by writing about the need for birth control, more so because she was a woman who dared to speak about it. She also created a furore when she helped the women working in matchstick factories protest against the inhuman and unfair treatment meted out to them.

She was always an avid traveller and arrived in India in 1893 and immediately immersed herself in working towards the betterment of society. Annie Besant was also a dedicated educationist and she founded the Central Hindu School and College in Varanasi.

Around 1913, Annie Besant also got pulled into politics and became an advocate for the Home Rule Movement. She was elected as the President of the Indian National Congress and contributed to a national awakening through her journalistic publications.

– For believing in her ideals and following them dedicatedly

– For her dynamic vision, positive “can do” attitude and untiring work