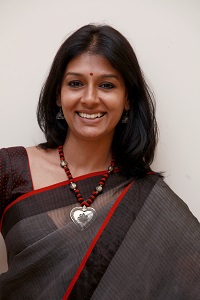 Nandita Das’s nuanced acting skills gives a special strength to the characters that she chooses to depict. She endows a sense of realism that brings the characters on screen to life, making them more relevant and relatable. Nandita Das does not believe in taking up run-of-the-mill roles that are a dime a dozen in Indian cinema. Rather, she focuses on bold characters and does not shy away from controversial subjects in her movies.

The awards that she has won and the recognition that she has garnered worldwide stands as a testimony to her superior acting talents. Instead of the ethereal and invincible aura that surrounds most heroines, Nandita Das comes across as the friendly woman next door with her sparkling eyes and a bright smile – someone who is approachable and down to earth.

While we know her as a remarkable actress and a beautiful woman, many might not be aware that Nandita Das holds a Master’s degree in Social Work. She has worked with several NGOs for women’s welfare and has recently lent her support to the Dark Is Beautiful campaign, which seeks to abolish the peculiar Indian idea that only fair is lovely.

– For not becoming simply another pretty face in a movie, present only for aesthetic purposes.

– For using her education and her status to fight social evils.

– For her lovely portrayals of real women and their issues.