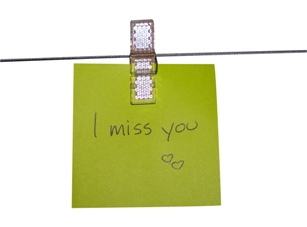 Home alone with the kids? For many Indian moms, it’s a family set-up they handle when they or their husbands work in a different city or country, either long-term, or as a stop-gap measure until the family can move to be with each other. Meanwhile, how do Indian moms manage home, children, and in many cases, jobs?

The “married but single” Indian moms

Avantika Sharma*, a consultant, recently moved to Bangalore from Mumbai with her 6 year old son Varun*. Talking about her life as a single mother for six months in Mumbai when her husband took up an opportunity at Pune, she says, “My mantra that I repeated several times daily is that this is a temporary phase. It was tough to manage alone in Mumbai, so I have moved to Bangalore where there is plenty of family support.” She is still doing double duty – her husband is expected to shift to Bangalore within a year.

For Prabha Kamath, managing alone is nothing new. Mother to19 and 15 year old sons, she lived the first 18 years of her married life in Army quarters, often single, with her husband frequently away on exercises and duty. After her husband left the Army, more single stints followed as he pursued further studies and worked outside India for a couple of years.

A child gets unique inputs from each parent. When Dad is not around, Mom has to fill Daddy’s shoes. Avantika says, “I used to be the one with the ‘stick’ and the husband always offered him the ‘carrot’. Now I do both. That was the single biggest change.”

Decision-making constitutes another challenge. Avantika consults her husband only on the big issues, and handles the rest herself. Still, consulting the absent partner becomes impossible without regular communication. Prabha explains, “Sometimes, my husband would be out of contact for weeks. I had to take unilateral decisions. It was fine because we have a good agreement and trust each other on this.”

Avantika talks with her son regularly about his father’s absence. “We discuss his travel plans and have conversations together with my husband daily. I don’t make the mistake of thinking Varun is just a kid and excluding him.” She worried that Varun would have meltdowns demanding his father, and it did happen. Still, with time, his feelings became more manageable as acceptance set in. “He started expressing himself soberly and sadly, ‘I want to see papa now’,” she adds.

Avantika believes that a child feels more secure knowing that there is a line of communication between his parents, and he is also part of the same. What’s more, worry about children’s vulnerability is futile. “Children adjust better than adults; they don’t go into depression. We do!”

So, how do Indian moms take care of herself while being a single parent?  “Do only what you can; it’s not worth it to over-stretch yourself,” advises Avantika. Prabha agrees, “Get good household help. Some women think they have to do everything, but it makes more sense to get as much help as you can afford.” Carving out leisure time to spend with the kids and me-time to unwind alone or with family and friends is important to maintain sanity. Whether it’s family, friends, neighbours or paid help, it’s critical to have people to reach out to for regular or emergency help.

“I was a mess while in Mumbai. There were days when I wished I could have a pedicure done, but could not,” reminisces Avantika. Luckily, her son slowly became more confident about staying by himself at a friend’s place, giving her some much-needed breathing space.

Get the kids to pitch in

Prabha worked as a teacher during her Army years, and so her timings matched those of her children. But, now with a full-time job and a civilian set-up, “The boys arrive home hours before I do, and they use public transport too, instead of the Army transport we used earlier. I was nervous initially about their ability to manage in a big city like Bangalore. But they’ve adjusted well.”

She feels that her children’s independence helps her keep all balls up in the air. “The majority of Army husbands pitch in around the home a lot, when they’re around.” Her boys were also brought up likewise and are entrusted with chores outside the home too, such as bank work, bill-paying, shopping and repair work.

According to Prabha, “You can’t suddenly expect kids to start contributing overnight to the running of the household, just because your husband is posted away from home!”  Training children to fend for themselves from a young age is really important.

The silver lining to single parenting

Being apart from one’s partner is not easy, but it enables learning and growing. Looking back, Prabha feels, “I transitioned straight from a sheltered life before my marriage, into a rough-n-tough Army life. It changed me totally, I’ve had fantastic adventurous experiences – I could never have imagined managing them alone or confidently, but I did!”

Avantika has watched the experience mature her son. “He has become more accommodating, giving me the space and time to do my stuff, while he finds means to entertain himself.” It has also brought her much closer to Varun.

Resilience, independence, growth, confidence…the gains of single parenting by default are subtle, but numerous and significant.