The ‘green toilets’ of a small village in Tamilnadu have come to symbolize women’s empowerment, sanitation and improved standards of living. 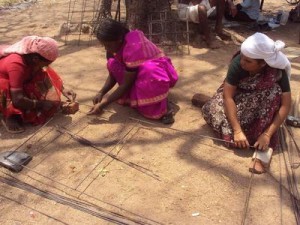 The ‘green toilets’ of a small village in Tamilnadu have come to symbolize women’s empowerment, sanitation and improved standards of living.

A group of woman are hard at work – trowel in hand, mixing concrete and slapping the cement mixture onto the wall. While a house slowly starts to get built, the last male job bastion is breached. Meet the new breed of women masons from Musiri, a village in Tiruchurapalli District of Tamil Nadu, who are out on a mission – not just to build strong homes, but also to build green toilets!

For ages only men trained at construction work; women were always given the jobs of ‘chittal’ – an assistant for the male mason. SCOPE (Society for Community Organisation and People’s Education), an NGO, came around to change things and help the women. Trichy-based SCOPE has been working on rural development for over 10 years now. Winner of the Nirmal Gram Puraskar award from the Government of India, SCOPE started building EcoSan dry toilets just after the Tsunami. 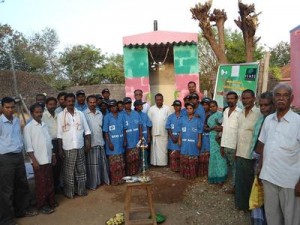 Inaugural Of A Green Toilet

The ECOSAN toilet has two chambers that are used alternatively. The toilet is provided with a concrete bottom so that there is no contact between human excreta and the soil. After defecation, the user sprinkles ash over excreta to avoid flies or mosquitoes. He then closes the drop hole with a lid. About 3 litres of water is required for a user in an ECOSAN compost Toilet as against 12 to 15 in conventional ones. 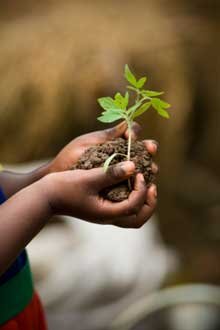 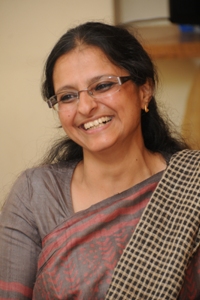 Innovator In The Hills: Rashmi Bharti Of Avani

As a first step, building EcoSan toilets has brought livelihood opportunity to women who were once ‘coolies’ performing manual labour. They seized the opportunity when their male counterparts demanded an increase in salary from SCOPE and also said that building toilets was demeaning for them.

An equally important outcome has been clean sanitation in a village where people regularly got infected with soil-transmitted Helminths (worms) due to consuming food and water that were contaminated with toxins from untreated sewage.

After the inauguration of the first 10 toilets at Musiri, the demand for women masons has gone up in the town. A quick check with locals confirmed that they were not only happy with the way the toilets had been built but were also beginning to prefer women masons.

Talking about the benefits of using composting toilets, SCOPE director M.Subburaman says, “Nitrogen-rich human waste could be to put to use if they are treated organically. We have designed the toilet complex in such a way that the solid waste will be converted into compost and the liquid waste will become free from pathogens and foul smell and act as a bio-manure for plants. At present, fertilizers from existing eco-san toilet complexes are being used in surrounding paddy and banana fields”. 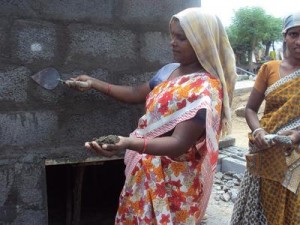 Explaining how women masons were brought into the scene of green toilets, Subburaman said, “When the male masons refused to build our toilets, we were helpless, not knowing how to execute our project. But a woman construction labourer asked us why we could not train women to build these toilets. We realised their potential and trained them for a month. We were surprised at the dedication shown by the women masons.”

“Women trainee masons were ready to take up the job for Rs 200 (the men demanded Rs. 500 a day) and only asked that they be trained in construction work. Now, we feel proud for having trained them in masonry,” he added.

The women masons group is well informed about the benefits of an eco-friendly toilet and spreads the message in the village about the importance of a green sanitation movement. “We learnt that these eco-san toilets act as organic manure banks. We have asked farmers in our neighbourhoods to construct eco-san toilets so that they can get free organic fertilisers from their backyard,” they say.

Bubbling with energy, woman mason Eswari (30) said, “Already, we have got offers from several households from the neighbouring villages to build individual toilets. We are happy as we earn a good salary and are also involved in the work to keeping people ‘clean’.” Eswari added that she was now confident of taking care of her daughter’s school expenses single-handedly. How’s that for women empowerment, sanitation and education in one flush?

For more information on the green toilet project, contact SCOPE at http://www.scopetrichy.com/ 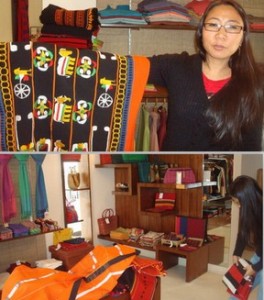 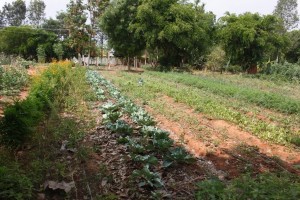