Paromita tells us about a dear friend who changed her for the better in our next Friendship Story. 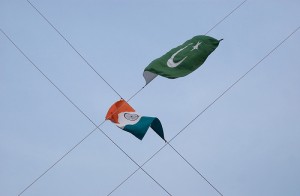 Paromita tells us about a dear friend from across the border who changed her for the better in our next Friendship Story.

Paromita Bardoloi, in her own words: A dreamer by profession and a writer by choice, I use words to express my love for life and consider life my beloved.

The year was 2007 and those were confusing days for me. I was about to graduate from school. Life was getting real. My heart was in tatters.

I was in love with a certain someone called Ramesh. He was Mr. Right going wrong. He humiliated me, used abusive words, did not pick up my call, and had affairs. Naively, I was determined that by my virtue, I would raise the fallen. Life felt like a personal failure without his approval.

On one such bleak day, a friend of mine spoke about someone he met on Orkut. That night something made me check her profile. It seemed like home. I sent her a friend request.

Two days later, I received a beautiful letter. Her name was Farida. She was from Lahore in Pakistan. She was an actor trying to create a life of her own. I replied and thus my magnum opus began. Now, that I look back, I see two very young women trying to be each other’s support in the bosom of insecurity.

And both tried their best.

Life is a cruel teacher. It won’t teach you anything, until it empties you. It was mid 2008; I had just joined as a copywriter. But I fell sick and was hospitalized. So I went back home.

While recovering at home, no matter how wise and happy I sounded, deep down everything was hurting. Almost every week a long mail awaited me. She told me about alternate ways of healing. I started believing that yes, alternatives were possible. Those letters gave me hope.

In 2010, I returned to Delhi and began interning again. Soon Farida informed me that she would be coming to Delhi to perform at NSD. At 6:30 AM I was there on the stated date and venue. Farida was extremely beautiful with hazel eyes. We hugged and I did all the talking. We had breakfast. We shared the same plate and finally I had to rush back to office.

After a few days, I had a mail from her saying that it was one of most beautiful experiences of her life. She added that I was “naturally flowing like water.”

One day a year later, there was something that was hurting me, and I wanted to talk to her. She was unresponsive. Impatience is one of my major flaws and I said something nasty. She too lost her cool. I apologized, but somewhere we started growing apart.

2012 came and although we kept in touch I felt that the bond was lost. She was the first one to say so; I respected her.

However, someday I hope we are grown up enough to sit over a cup of tea and discuss the battles we fought and the dreams we won. No matter what, I believe women like Farida should win. Good people should win. If you have known someone like Farida you would know that your life won’t be the same again. She will raise you to a new level.

There was a time when I would have never spoken about Ramesh. I was ashamed of it, but still kept it going. Today I can talk about it in a magazine which is open to all without blinking. This is the gift of the Faridas. They heal your wounds.

Thank you, Farida. You are my candle in the wind.