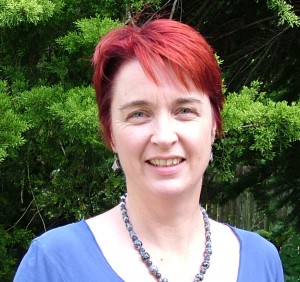 Deborah Russell lives in New Zealand, where she juggles part time work lecturing at a university, and rearing three school age daughters. Her girls are all growing up feminist. She writes a feminist blog, http://beefaerie.wordpress.com, which scares some of her relations, and occasional opinion pieces for a major New Zealand newspaper.

My interest in women’s lives and feminism started when I was a teenager. I started noticing stories of great and interesting women, and I saw them as role models. But mostly I learned my feminism from my mother. There was no particular moment, just an ongoing discussion about the ways in which women’s lives were constrained. She was also very concerned about me having a chance to go to university and establish myself in a career, so that I could support myself.

What according to you are the major challenges that impact women in your country today?

We also have a history of colonialism, and oppression of wahine Māori – Māori women. Many Māori women do not share in the opportunities that are available to other women in this country. Although access to abortion is not too difficult in this country, it is very difficult for rural women, and you still have to get two doctors to give you permission to have an abortion, and abortion is only available in certain circumstances.  In practice, most women who want an abortion can get one on the grounds of damage to the woman’s mental health, but it means that women have to twist through several hoops to access this basic right.

And like virtually every country in the world, women are shamed and blamed for being raped, and it is very difficult to obtain a conviction of a rapist in the court system.

Why do you blog about these issues? What does it give you? What do you feel it gives others?

I blog about these issues because it helps me to sort out my own ideas, and as a way of consciousness raising. I think that it helps in forming communities with other women, so that each of us knows that there are other people who share our ideas and our outrage. I think it can also act as a catalyst to political action.

I’ve had a few opinion pieces published in one of our major daily newspapers, and each time in comments, there have been people calling for me to be sacked from my day job as an academic (in Taxation, not women’s studies). I figure that’s a sign of a successful column! I have gotten some strong criticism for my views, but I take that as a sign of engagement. And a couple of nasty people have made threats, but I don’t think they were at all realistic. I think that because I am fairly clearly marked as a highly educated white middle class married mother of three, I don’t attract threats in the same way that some other women bloggers do.

Hmmm…. I’ve written a lot now! I’ve written some fairly hard hitting feminist theory at times, but I think that the posts I enjoy rereading the most are some of my cooking posts. There are two in particular that I really enjoy, one about baking a traditional Christmas cake using my grandmother’s recipe and one about making quince jelly with my mother –  I think I enjoy the sense of connection with the women who have come before me and who have helped to make me the way I am. Early on, I wrote a series of posts about work-life balance which I think are pretty good.

I’m very fond of The Lady Garden but I would be, because it’s a group blog that I write at. One blog from New Zealand that I have been enjoying immensely recently is The End is Naenae, written by a very smart and funny woman who calls herself Annanonymous.

Overseas, I like Hoyden about Town from Australia –  and from the US, Feministe and Echidne. I also read a couple of blogs written by black women which have helped me to understand a little about why Maori women face particular issues and intersections that I don’t. The blogs are Womanist Musings and The Angry Black Woman; I love Dr Isis’ blend of science and family and feminism and academia and shoes.

I read a couple of blogs written by Indian women: Apu’s World –  which isn’t so active now that Women’s Web is up and blossoming, and Unmana’s Words –   I love the sense of connection with women living two oceans away, but engaged in the same life of ideas and writing and making things better. I think Women’s Web is a fabulous project, and I admire the people who have put it together and got it up and running so much.