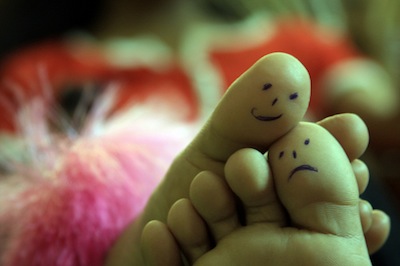 Priyanka Roy Banerjee is an aspiring author, frequent blogger, book critic and freelance editor. She is an avid reader and writes fiction in both English and Bangla. She blogs at One and a Half Minutes and Moreechikaa. She’s a Ph.D dropout and gorges on all kinds of cinema when she’s not reading or writing.

Rya stared blankly through the dusty squared glass of the bus window. It was one of them again, the date that had been haunting her for past six years. The sky appeared a lighter shade of slate with discreet ugly clouds hovering, pressing down the humidity on her metropolis. She couldn’t be sure whether to attend college today or sit brooding at home. This particular day had the tendency of turning worse as it progressed and before it could behave badly, she hopped on to a bus. It was too early for her classes to commence; she might as well spend an hour in the library.

The dirty window was turning moist with a soft warm drizzle that began while the bus waited at a signal. The world outside her window was slowly turning hazy as the world around her had turned so long ago. She gazed wearily at strangers smeared with droplets of the much necessary monsoon pour. A teenage girl ran frantically towards a grocery store to save her school bag. She reminded Rya of her mother who had circled their terrace, engulfed in flames one insipid afternoon six years ago.

The monsoon hadn’t been kind that year. Halfway through the season the sky would promise of a downpour each day, only to render a sultry and stifling night. Rya had returned from school to a smoky and putrid home with all their neighbours and a few policemen bustling around. Everything was done and dusted by the time she appeared at the scene. Her mother had scheduled the time of her suicide to spare Rya the pain and gore. The daughter couldn’t even bid her a goodbye. The mother’s body was already shrouded by the police for a postmortem who didn’t even let Rya glimpse her charred face. 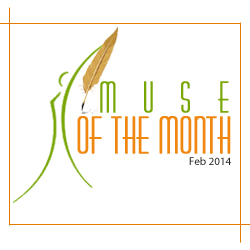 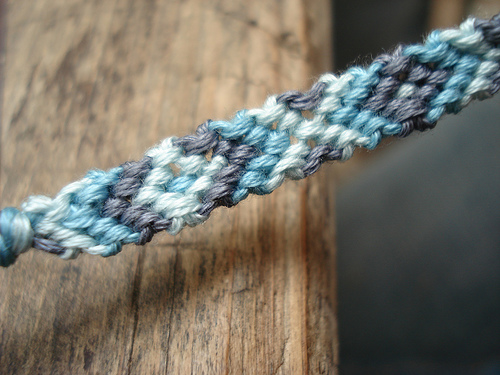 She still remembers her mother as she used to rustle up their lunchboxes every morning in a hurry as tiny strands of hair clung to her sweaty forehead, and her crisp cotton saree smelled faintly of the detergent and incense fumes. Sandalwood incense, precisely. Her mother was very fond of sandalwood incense sticks. She used to light them each morning and evening, waiving away the daily household and kitchen stink from their spic and span home.

Rya was fourteen when her mother chose to die. None of them had any idea why she did so. Their nuclear family was a happy one, apparently. Mother was more than an able housewife. She performed all her duties to perfection. It seemed that she enjoyed raising little Rya. Father was not a very jovial person, though. He worked in a bank and provided well for his small family. He wasn’t a very busy man, but he had his own engagements post office hours. He was proficient in the game of Bridge and visited a club very often. The remnants of his evenings were reserved for Rya. He looked after her homework at times, while he were in an infrequent jolly mood. He taught her all kinds of indoor games and puzzles.

Her parents never quarreled. Her mother didn’t venture out except for household errands and a little shopping. They had the occasional relatives visiting, like usual families have. Nothing appeared to be abnormal. Yet, her mother decided to end her life one fine day. She wrote a suicide note for the police, declaring that nobody was responsible for her death. The police probed though, they questioned father and the immediate family, the neighbours and a few friends her mother had. Not a single soul vouched for things being amiss between the couple. Apparently.

Rya was exhausted with the memories lying down heavily on her by the time she returned home. She found her father pacing the living room in a tensed demeanor. After a little preamble, he handed her a diary bound in brown leather with a satin page-mark. It had her mother’s signature on the first page with a smooth handwriting throughout. Father explained that her mother had ensconced the diary in their bank locker for her. She had written an instruction for father to give it to Rya in her twentieth year.

She looked at the diary in disbelief. Her mother had vanished from her life without a trace and left her on her own. She had lost all hopes to find out why she did so. She knew so little of her mother. But not anymore. A lone tear dropped from her eyes and escaped the yellowed pages of the diary narrowly.

Rya had found a piece of her mother’s soul back in her life.

View All
Everything You Need To Know About Workplace Sexual Harassment And POSH Act
मेंस्ट्रुअल कप या क्लॉथ पैड क्या बेहतर है और कैसे इस्तेमाल करें?
Why Do Indian Women Miss To Pick Up Breast Cancer Early - Dr. Sharat Chandra Goteti Explains
How To Become A Data Scientist In India
Divorce Rights For Married Women In India - Legal Rights 101 With YourInstaLawyer
No More Guilt: Exploring The Ways In Which You Can Shed Mother's Guilt
As You Write ItCampaigns

Each month, we give you a line from a book by an iconic female writer. Write your own story based on the cue. Get published and win goodies! 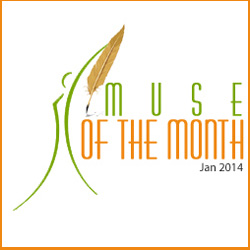 Each month this year, we’ll be hosting a writing theme, with a ‘writing cue’ from an iconic female author. The 5 best entries get published here!

What you need to do:

Step 1. Read the writing cue and get inspired.

Deepthi Krishnamurthy, in her own words: I am from Bangalore where I live with my husband. Other cities I have lived in and loved are Hyderabad and Minneapolis. I dreamt of writing my own book when I was 9. I have not been able to muster the courage to attempt writing longer fiction ever since. But I am glad that I did not stop writing. Writing has always been a joy, even if it is just an entry in my journal.

On the wide spectrum of authors I enjoy reading are Jhumpa Lahiri, Chinua Achebe, Haruki Murakami and Franz Kafka. James Joyce’s ‘Dubliners’ was the book that got me excited about writing short stories. Charlotte Perkins Gilman’s story, ‘The yellow wallpaper’ was what inspired me to write from a woman’s point of view. ‘Stories’ is purely fictional.