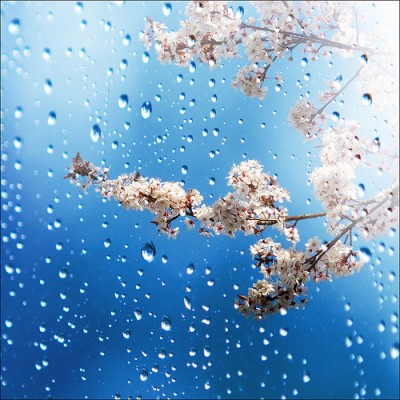 Sometimes, we can find the things we need, even when we don’t see them. A story about losing and finding the things that matter.

This entry was sent in by Anwesha Ray from Bangalore.

“Blue?” He smiled, lowered his head and pondered.

He was sprawled out on the soft green grass, gazing up at the glorious blue sky ablaze with the noonday sun, beside his best friend. His eyes were starting to sting. He hoped his friend would hurry up and blink. He never lost out to him before, even when his eyes felt like they were on fire and water streamed down his face…

“Blue is… you know when it’s hot and your lean your head against the window rails and sometimes there is this breeze that comes for a moment and then is gone? It doesn’t ruffle your hair. It just traces a gentle finger on your forehead? That breeze is blue.”

A faint hint of a smile appeared on the little girl’s lips, sitting with her chin on her knees on the narrow bed. Each day, this 78-year-old man was joining the dots so that her incomprehensible world was gradually taking the shape of a familiar picture. And with the strokes of color he filled in the picture with, her glassy, gray, hazy world even looked sort of beautiful. She now knew that the warmth she felt when she placed her palm against the window pane was orange, the tears that sometimes ran down her cheeks without reason or warning were gray, and after Nurse Rosalyn bathed her everyday, the tingling freshness in her thin body and the crisp clean clothes were green…

“And also, you know when Mrs. Fernandez sings next door and your heart hurts a little… her melodies are blue…”

At the familiar squish of rubber shoes, he stopped speaking. “Ah Rosalyn! Aren’t you looking pretty tonight,” he flirted with a twinkle. The little girl burst into happy, high-pitched giggles. Nurse Rosalyn shook her head in mock annoyance and held out her palm to him. “Your pills.”

Once the squish of Rosalyn’s shoes had faded down the corridor, he spoke again. “Blue is the rain…”

The girl’s head shot up, though her eyes were still pointed at the bed. “The rain!” she exclaimed.

“Yes, the rain. I know you love the rain. The rain is blue alright. Blue is also when you are lying down for a rest, and you feel that everything is alright…that’s blue. And when you are drifting off to sleep, your eyes growing heavy… the last moment you can remember before you fall asleep is blue, a deep, dark blue.”

He was perched on the tallest branch of the tree, tearing off the skin of the yellow mango with his teeth, his feet dangling over the sparkling blue lake. He could see the entire village from here, the purple bougainvilleas tying up his house like a fancy ribbon, the snow-white ducks immovable in the murky pond, someone’s red-and-pink sari gently swaying from a line in the terrace…He looked without really seeing, capturing these images in the celluloid of his mind without realizing. And now, he often wished he had taken a longer look…

“I will go now, you take rest.” His right hand fumbled over her head, caressing her hair for a brief second. Then he turned away, ran his wiry palm along the uneven wall till he found his cane and hobbled out of the room towards his own. He didn’t forget to lift his feet over the threshold at the door, which he used to stumble on at the beginning. After four years at the Institution for the Blind, he knew his way around just as well he knew the sunny fields of his childhood.