Don’t Miss Out On Any of Our Best Reads, and Contests. Register Now!
Food

Shambhavi is the final winner of a Rs.300 gift voucher from our sponsors Zaarga, for her creative fairy tale entry to our Love Story theme. 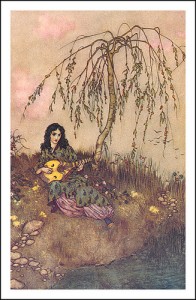 Shambhavi is the final winner of a Rs.300 gift voucher from our sponsors Zaarga, for her creative fairy tale entry to our Love Story theme.

Shambhavi Pai, in her own words: Marketing Professional working in the retail business. Currently based in Blantyre, Malawi. Passion – travelling (have written a few travelogues), writing and music.

Most of us have spent our childhood with fairy tales. As little girls with pigtails, we lay on the bed and listened to our parents/grandparents with wide eyes waiting for the pages to turn, the devil to go and to finally hear the words ‘Happily Ever After’.

Today, we are so battered by myriad issues – relationships that are more complicated than a jigsaw puzzle of a Niagara Falls scenario, office politics that try hard to beat the sensations of soap operas, lifestyles that threaten to be more chaotic than Parliament sessions.

Despite all these complexities and the fact that we have outgrown those ribbon adorned pigtails, some of us don’t stop believing in the magical sagas and wait for the pages of life to take us to the ‘Happily Ever After’. Whilst we wait for that page to arrive here’s a little story about Love, Faith and Happiness that will reunite the grown up you with the little girl in you. 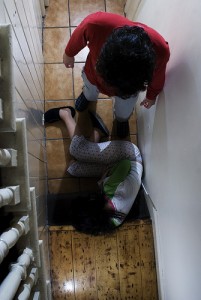 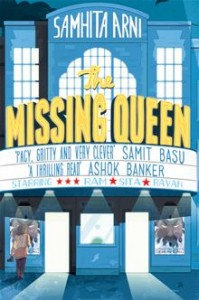 Once upon a time, in the beautiful and mysterious Kingdom of Life ruled by King Destiny there lived a sweet little girl called Faith. Faith lived in the deep jungles of Life and earned her living making pots and selling them in the villages nearby. She lived on meagre means but not a single day passed when the smile on her lips would fade. She sat by the river happily making her pots while humming melodies.

On one such day, Faith was by the river as always when a troop of the King’s men came and asked her to come along with them. Turned out that while hunting in the jungle, the King’s son Prince Love had heard her magical voice and said to his soldiers,

‘A voice so magical and sweet,
Even the bees may call it nectar,
Trace this voice oh trusted men,
And to the palace get her!’

And so the men went following the voice and traced it to a girl sitting under a tree by the river.

When Faith was brought before Price Love in the Palace Court, violins and trumpets started playing in both their hearts. Love professed to Faith that he hadn’t met someone as mesmerizing as her and promised her a lifetime of happiness if she married him. This was more than Faith could ask for and she shyly accepted Love’s proposal.

Days went by. Love would come to the jungle and spend endless hours watching Faith as she made pots on her wheel and listening as she sang songs. News soon spread and it was not long before King Destiny heard about Love and Faith. He was enraged on learning this and ordered his soldiers to banish Faith from the Kingdom of Life. Love accepted his father’s decision humbly, but as each day passed Love became weaker and sadder. He showed no interest in the activities of Life. This worried the King and after much deliberation he said to Love,

‘Despite being of royal blood,
Your heart belongs to a girl who earns bread shaping mud.
If that’s your will marry her you can,
But first a test to determine,
If she considers you just a Prince or her true man.’

So Faith was summoned to the Royal Court where the King told her that he was willing to let his son marry her. But if she wanted to be future queen she could never sing again. Music was for the ordinary and not for aristocrats. If music kissed her lips ever again, she would be her son’s wife but would never be queen. To this Faith replied,

‘Your Highness the ruler of our Life,
I am grateful to you for allowing Love and me be man and wife.
But your condition I cannot accept.
My music is my bliss,
Without it I have a body but no soul,
I can do anything for my Love,
But I cannot do this.’

When the King heard this, he had tears in his eyes. He realised Love would be happy only if there was Faith. They were married in grandeur and pomp. Nonetheless, they lived happily ever after!

If you love beautiful things and are tired of mass produced products that lack soul, you will LOVE Zaarga. As an online shopper on Zaarga.com, you get to share a piece of designer made heaven which celebrates the colour,vibrancy and aesthetic beauty of contemporary Indian design. 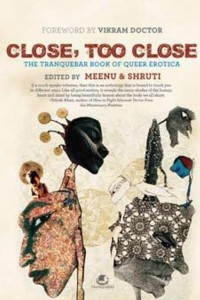