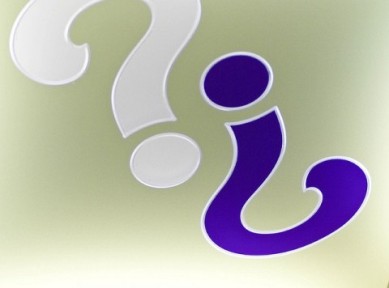 The expectations from Indian women are many. When will the questions for women end?  Arundhati Venkatesh has a delightful surprise for December’s writing theme, ‘Endings’.

Arundhati Venkatesh describes herself as an engineer by degree, a mother, an observer of life and people, a feminist, a minimalist and a compulsive maker of lists! An IT professional in her previous life, she now works for an NGO that empowers the differently-abled. Arundhati reviews children’s books at saffrontree.org. She records her adventures with her son at http://arundhativ.blogspot.com/.

Even when I was a school girl, it had been made amply clear – “the goal” was marriage. Nothing else mattered as much, neither capability, nor performance. I was dark-skinned, who would marry me? This, when my age hadn’t even hit the double digit mark.

In a few years, more was expected of me than just being a decorative piece. I didn’t know to cook, how did I intend to please the in-laws? And, didn’t I know the way to a man’s heart was through his stomach?

When I was twenty-four, the matchmakers began “work” in earnest. The pressure was palpable.

Finally, I did get married. Overnight (ahem), the goalpost shifted. So the next thing was to deliver the “good news” aka baby. The first twenty times I was asked if there was any “news”, my response was about developments at work, our weekend jaunts and vacations. Then it struck me (yes, I was slow, in more ways than one). I took my time to deliver the good news, and the baby.

As soon as we had dealt with breastfeeding, weaning, sleep deprivation and the school dilemma, the friendly nudges began anew. Now that he is in school, isn’t it time you have the next one? That made me wonder if the purpose of the education system was to allow adults to engage in procreation. I searched for a suitable response. Should I proffer a frank and direct reply – but why should I provide information on something so personal? Should I try evasion tactics – but that meant dealing with the same question over and over again, like a grinder working on idli batter. I confronted the husband – It wasn’t fair, why didn’t anyone ask him?

Two more years passed. There was no end in sight. Everyone (and I do mean everyone) had advice to offer, unsolicited, but well-meaning of course. I was told that two was the golden number; or else the poor dear would be lonely and pine for company. Then one day, the domestic help decided to use a tactic to help me arrive at the “right” decision.

‘Do you want a younger brother to play with, or a sister?’ she asked the kid as she was dusting the furniture. The child’s prompt response uttered with great finality sealed the matter once and for all.