Even if you have a good job, you can always make it better – and improve your career prospects in the process. 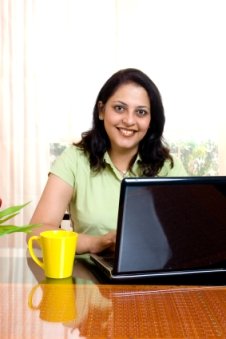 Even if you have a good job, you can always make it better – and improve your career prospects in the process.

In my present job, I was originally hired for e-mail marketing and responding to leads. Since then, I have managed my company’s blog and social media activities, managed email campaigns, written website copy and improved SEO, managed online ads campaigns, and worked on direct mail, sales collateral, print ads and press releases. After I started taking on all these responsibilities, I was promoted to my current role.

How did I take this job that was okay for me and turned it into the best possible job I could have?

Take on the work you were hired for

While I was still learning about the company and the business, I learned my primary job responsibilities quickly; within a couple of days I was sending out my first email campaign and responding to new enquiries.

Show a definite improvement in output

As soon as I felt I knew a little about the company and my role, I started working on improving things. I started with what I thought my bosses would appreciate; better reports, ideas for email campaigns, or even slight improvements in the copy. A template to respond to customer enquiries that my team could follow, so that we had a unified tone and voice for the company (and, as we usually got the same sort of enquiries over and over again, it saved a lot of time.) My bosses appreciated my efforts and grew to trust me.

Be calm in the face of change

A month after I joined, I learned that one of my bosses, the person in India who had taken my first interview, was leaving. I was shocked, but I didn’t show it. I thanked him for letting me know personally. I went back to my desk and thought of ways it might affect my job, and how I could mitigate risk. I had hope; I had already been working with my VP of Marketing based in the US for some time, and we had developed a good rapport. In my next call with her, I suggested that I should simply continue to work with her more closely, and she agreed. When the next person joined, he was still my local mentor, but my working directly with the VP of Marketing gave me a lot of visibility and ultimately turned out to be great for me.

All changes may not turn out to be great, but if it’s your first few months in the company, remember you are still carving out your impression.

All changes may not turn out to be great, but if it’s your first few months in the company, remember you are still carving out your impression. Keep your head when things go badly, be the voice of reason and people are likely to respect you for it. Focus on what you can do to improve the situation rather than lamenting about what could have been.

I have been blogging for six years: I love the medium. When I suggested to my boss that we start a company blog, she was receptive but hesitant; how would we update content weekly? Where would we get so much content?

We started the Affinity Express blog in May 2010, and since then we have published content on it two-three times most weeks. We have employees and clients reading and commenting. I draw out content plans and allocate topics to authors. When we have no new content, I sit down and write. Even the CEO came on board pretty soon and we got a handful of authors we could badger for posts.

My boss has always said that one of the things she loves about me is that I constantly throw out new ideas. That’s because I’m always reading and finding new things I can try. At the beginning, I used to send her lists of ideas, thinking she might pick one. But I had underestimated her enthusiasm and drive, and we made up lists of things-to-do that were way too long for the two of us to ever finish. Now I only send her stuff that I’m really convinced about, that I really want to do, and that I want to keep managing over say, the next year. Starting something is no good if you can’t keep it up.

Now that I was doing so much, I pointed out activities that were not focused on bringing in new business, and suggested that another team was a better fit for that work since they were already focused on similar activities. Because I had already demonstrated the value of my time on other activities and because I had created templates that made it easier for another team to take on the work, the transition was easily approved and effected.

Let’s be honest: I’d much rather write a blog post or hang around on Twitter than work on Excel. I like pretty PowerPoint reports, but to create one of those you first need to have your data in a spreadsheet and wade through it. I spend a lot of my time doing that, even though (as I said) I’d much rather do something else.

…I want to show management that what I’m doing is getting results.

But more importantly, I want to show management that what I’m doing is getting results. That website views increased in the last few months. That we took down that ad campaign because it wasn’t working, and saved a few hundred dollars. That we got so many leads off this email because it was targeted right. That these blog posts got the most views and we want our authors to write more on similar topics.

I need these reports to know what to focus my efforts on and to show management that I know what I’m doing.

The moral of the story is simple; demonstrate your entrepreneurial spirit. Show that you are invested in the company’s success, that you care about your work and can be trusted to do what is best for the company. That you will always bring your best game. And then you might get to make some of your own rules.