Confused what to wear? How Bollywood dresses can teach you! Here’s our primer on Bollywood fashion.

Deciding what to wear for an occasion can be often be the most stressful part of going out. You want to look put-together, but you don’t want to be horribly overdressed; and the only thing worse than being overdressed is walking into a room and realizing that you’ve underdressed. Office wear for women, of course, can be its own species of hell. What does “formal” mean exactly and why can’t you ever look good in it? How “casual” is too casual and at what point does your business casual begin to resemble your last-day-of-vacation clothes? And what about makeup?

It’s hard not to feel resentful of all the men waltzing around, merrily putting on and removing ties to ‘go formal’ while you struggle. But like it or not, your clothes make a statement – to your colleagues, your boss and your clients.

Well, don’t worry, ladies! Bollywood fashion is here to help. As filmi insiders on chat shows remind us every week, they make their films for the common people, not for fancy-shmancy intellectuals who can’t appreciate a substandard potty joke when they see one. And since dressing for work is largely about perception, if you want to understand what your choice of clothes says about you, Bollywood is the place to go: 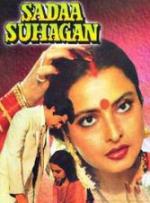 Appropriate for: NGO workers, teachers, (nationalized) bank officials, politicians or those demonstrating an interest in activism.

What it says: You’re a serious person, thinking about the world and its terrible issues. You want to save things – children, the poor, the environment, battered women. It matches your mature spectacles. You have a giant forehead and you need to fill in the space somehow before people start thinking you’re bald.

What it says: If you’re a younger woman without a sleeve to your blouse, you must be hot, single and ready to mingle. Of course, as a young and good-looking woman, you can only work as a subordinate of some kind – how else will you meet and marry the boss, after all? If you’re an older woman in a sleeveless blouse, it means you’ve earned it: you’ve been working a long time, everybody in your office is scared of you, you’re very “modern” and Farhan Akhtar is making a movie about your children. Bollywood doesn’t lie!

What it says: A good skirt never met an occasion it didn’t suit. As its hemline travels up and down your legs, it sends out different messages. At its shortest, it could mean you’re either a supermodel or a tennis player or a supermodel dressed up as a tennis player. Lots of Sania Mirza fantasists out there. At its longest, however, it means you probably live in a village and wear it out to harvest or get water. Buy that same skirt from an upscale boutique, couple it with a tank top and drape a scarf on top and all of a sudden, you’re big city. Must have. 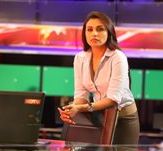 What it says: You’re one of those women-libber types, looking down on traditional women and giving all the men around you an inferiority complex. You’re off chasing big stories or playing hockey instead of cooking for your husband. Also, you like comfort, convenience and no-fuss with an easy style.

What it says: Every Indian woman has at least one in her closet. Traditional but not too formal, convenient but with layers intact, sexy but not skimpy, the salwar is about as middle of the road as a garment can get. You can wear it to work and go straight for a dinner afterwards and nobody would know the difference.

What it says: The only women in Bollywood who wear a Western-style suit, be it pantsuit or a skirt with pantyhose and a jacket, are total bitches. They speak with weird accents, wear too much make-up, and are always trying to steal your man when they’re not trying to emasculate him. So what if it looks smart and the tag says Chanel? If you want to make friends at work, do not wear a suit. 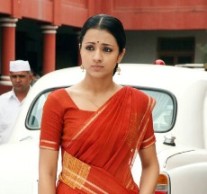 What it says: This means you’re a very mature person. You’re sexy but smart and also traditional. You’re a catch, lady! Especially if you wear handloom sarees. Only very serious people wear handloom sarees. You know who wears a handloom saree? Sonia Gandhi. But don’t worry if you don’t have time or a maid to starch and iron your clothes for you – a more forgiving chiffon mix is perfectly acceptable. Who dares to scorn that which Yash Chopra has immortalized?

Just remember to steer clear of standing fans and stiff breezes or people might get the wrong impression.

Reel Fathers, You Can Do Better!

What To Wear To An Interview: Does It Matter?

7 Ways To Look Great At Work During Pregnancy