Parul Wadhwa weaves a fascinating tale of meeting a stranger in London for our Travel Story writing theme. 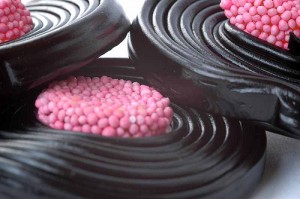 Parul Wadhwa weaves a fascinating tale of meeting a stranger in London for our Travel Story writing theme.

Parul, in her own words: Essentially a storyteller who works as a documentarist and has delivered content for key broadcasters around the world. She loves to travel and is always keen to pick up new skills, her latest being mixing cocktails. If you know of a quirky cocktail recipe or the innovative use of salt in them, follow her on [email protected] parwad.

I checked the whole list in my head again. Panic personified.

I trashed it back in my head, appeared contained and made my way to the nearby ATM to secure myself. Often in such situations, I’d be discreet and keep an eye on the adjacent shadows. Its like I never grew out of the Hide and Seek syndrome. I like to hide my tracks so that I become untraceable to the world. And the fun ejaculated itself there.

England had a way to exemplify the archaic. Pride or nostalgia, perhaps. But never regret. A newspaper kiosk est.1881 was still trying to sell newspapers after so many decades. But it had grown to sell some candies too.

And the Victorian station looked haggard and watchful. Especially to suspicious travelers. A few coins in my pocket jiggled to be free. Some universal conspiracy or a metaphor for my pseudo freedom.

A red wrapper of liquorice was exchanged for the coins. I hate that black smily thing but its chewy, fruity taste in my mouth keeps me occupied.

Back to the ATM. I hate all money-transactions. Even if it means getting a few notes from your own bank account. Commerce. Dreaded Necessity.

All right, my turn. Money withdrawn. About to be secured safely into the wallet but the saxophone on the station distracts me. Can I take it with me please? It would be such a soothing companion on the canal ride. Everything dissolves. The money, tickets, liquorice. All into the music.

I turned around. My eyes filled with whirls of liquorice and music meet a black hat.

I had bought this hat as a souvenir for my friend. It was effort. Soggy and drenched, I was at Oxford street yesterday. I had looked for a black hat worn by the cops in the city of London for my friend who was directing Hichcock’s rendition of 39 steps. Atlast I got it at Oxford treet with droplets of London rain free with it. Yes, it was that hat again, trying to talk to me.

I turned around stupefied.

“You should not be doing this. It’s not safe to be holding money like this while looking away.”

I involuntarily nodded at the hat.

It still cast a disaaproving glance at my attire and asked, “Are you a tourist“?

“Yes“. I spoke for the first time to that hat and managed to direct my gaze further.

A pair of crystal blue eyes with debris of white salt. Perhaps cataract. And wrinkly skin, all around.

Well no, I wanted to say and had tutored my brain to function that way with strangers. I was never alone, homeless, penniless and without any kind of male-support in a strange city. Never.

But it was the hat. My brain approved of it. And the pump in my body didnt.

“Well you see madam, this town is just as unsafe as where you come from.”

The pump immediately retorted and said that the hat meant that I was from a criminal, sexually potent place.

“Where are you from?”

I said with much confidence with my pump sending blood through my veins even faster.

“Ah, I watch the India movies. They are very popular here. The heroines are so beautiful and the heroes are so old.”

I roared in laughter and didnt want to tell him how I understood the fabric of Bollywood. It was intrinsic to be guarded.

“Are all men old in India and women so young and beautiful?”

I thought it was a highly stupid question but then it wasnt, if you looked at the movies.

I opened my liquorice smelling mouth to answer him but he simply went on.

“My ex-wife introduced me to India movies. She loved them. She was American and very beautiful and then we had all those fights.” He was quite for a moment. The salt in his eyes began to dissolve.

He continued, “I am glad we didnt have any children but now that I am old, I wonder if we did, it would be nice.”

I wanted to tell him that in India, to procreate without the marriage certificate is blasphemy. But I simply answered in the negative.

“My mother is the only one who cares for me now and I have to care for her. She is too old but she waits for me each evening at dinner, even though she hardly eats.”

His eyes dilated again for a moment but he resumed talking. “My name is PATRICK“. He yelled aloud, breaking each syllable.

I played along. I pretended to have never heard it before. Or perhaps, I read his thoughts. I was a tourist, from India.

He asked me if I had a piece of paper. I rummaged through my pockets and found the wrapper which had liquorice in it. It was sticky by now but worth scribbling.

He seemed pleased and spelt his name, pronouncing it loudly for me and also scribbled his phone number.

At my amazed look, he said that I could call him anytime I sensed trouble in this town. Or, if I wanted to go out for tea with him.

He said he will tell his mother that he met an Indian girl from Bollywood.

We shook hands and parted.

I had a funny feeling in my stomach. Perhaps, it was the black coffee and liquorice in my stomach, fighting for space.

But when you see the eyes of a stranger light up at your presence, it’s a funny feeling. But it’s not just a funny feeling to be wanted. To be heard, in a non-judgemental way. And thats what a stranger does to you.

Perhaps, thats why we tell such personal stories to make a vivid connection with a random stranger in some god-forsaken part of the world. It’s the most organic way to breathe faith into people under the vast stretch of the same sky.

I folded the liquorice wrapper meticulously and hurried to catch my train.