Why is career growth for working women in India still so difficult? Here are 7 sins women at work need to commit for career growth. 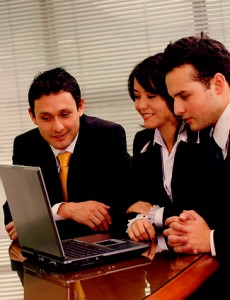 Why is career growth for working women in India still so difficult? Here are 7 sins women at work need to commit for career growth.

Indian women are brought up to be virtuous, but many of the virtues we are trained to possess don’t serve us very well in professional life. Here are the seven sins working women in India need to embrace to be a successful professional.

Both at home and at school, we are taught to obey our elders. “Because I say so” is deemed to be enough reason for us to do something an authority-figure, someone older and/or with more power, tells us to do.

But it’s the absolutely wrong trait for real life, especially for professional life. Sure, you won’t always get your own way, but it’s your responsibility as an employee to question why things are done a certain way and how you can do better. Keeping your head down and doing what you’re told may be okay in an entry-level job, but it won’t help to get you more responsibilities and promotions.

In my very first project at my first real job, I earned the attention (and respect) of my boss and the other members of the team, all more experienced than me, by questioning why we were doing things a certain way and pointing out flaws in their reasoning. On showing that I had something to add to the team and wasn’t just someone who would do what she was told, I was given more interesting, involved work to do. And it factored into my performance appraisal, where my boss praised my initiative. In fact, she told me later that that one meeting had made her sit up and take notice of me.

“Children should be seen, not heard.” I don’t know about you, but at home and at school, I was encouraged to be quiet and just listen. But at work, you have to make yourself heard. Especially if you are – or want to be – the boss.

A recent study revealed that women speak less in meetings where more men are present. “The research indicates that women, in any number of settings requiring deliberation, are not necessarily being heard — even if they’re present.”

Speak up. Make yourself heard.

In school, we’re taught to blend in, to conform, to not make waves. At work, you still have to fit in with office culture, but having a unique perspective is usually an asset. You need to think independently, to demonstrate your unique value, to get ahead.

“If you can’t say something nice, don’t say anything.” Girls are taught to be demure and polite — who cares what we really think?

But at work, it’s not enough to just think differently from anyone else – you need to present your opinion in a memorable way, to speak so that you make an impact. Women are socialized to couch their thoughts in polite words, to add disclaimers like “just what I think” or “in my opinion”, or to present opinions as questions, “Don’t you think it might be better if we…?”

But talking this way makes you seem less sure of yourself – and if you don’t seem to believe what you’re saying, why should anyone else? Being direct, even blunt, will earn women at work the respect of their peers and superiors.

Indian women are taught to efface ourselves, to think of others first. But if you don’t look out for yourself, who’s going to?

In her much-acclaimed TED talk, Sheryl Sandberg shared an anecdote about a meeting with a senior government official (male) and two women, also senior officials, who had come with him. Sandberg invited the women to sit at the table, but they sat at the side of the room. That’s the anecdote Sandberg used to tell women to unapologetically take a seat at the table. As Sandberg says, “No one gets to the corner office by sitting on the side, not at the table.”

Raise your hand if you were taught not to tout your own horn. That works well enough in a social setting – who wants to sit next to the braggart at the party? But when it’s appraisal time at work, you have to present your own accomplishments and demand your just rewards.

Heidi Miller, the former head of J.P. Morgan’s international business line, said, “Women need to make sure they get credit for their work.” Miller also said: “Women short-change themselves in terms of competency to do a good job.”

Sheryl Sandberg again: “Women systematically underestimate their own abilities… Women do not negotiate for themselves in the workforce… And most importantly, men attribute their success to themselves and women to other external factors.”

If you have asked once for permission to go out and play (or for a promotion), you’re to wait politely till they notice you… but good luck trying that in the real world!

You have to keep following up, whether it’s to get another department to give you the information you need for your project, or to get your manager to meet you to discuss your performance. As you learn to be selfish and take ownership of your career, you also learn to be persistent when you are sure you are right. In business-speak, that’s called being a good salesperson.

Am I saying you should be arrogant and rude? No. Some of the behavioural traits you learnt as a girl hold true – be polite, be considerate of others, be fair. But learning to think for yourself and to speak up for yourself are essential for working women in India to achieve professional success. Act like you are in charge, and soon you might be.