How Not To Ask For A Raise

Women at work often don't really know how to ask for a pay raise assertively, yet objectively. Some negotiation tips for working women in India. 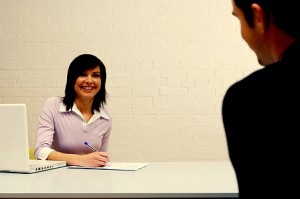 Women at work often don’t really know how to ask for a pay raise assertively, yet objectively. Some negotiation tips for working women in India.

Women are usually not as aggressive as their male counterparts while negotiating for a raise. Of course, some of us have perfected the art of negotiation, but this article is to help those who find themselves sidelined every year during salary review time.

As important as the things you must do during salary negotiations, are a few things that you must not. Here are a few blunders that women at work must be avoided at all costs while negotiating for a pay raise:

Do not compare your salary with that of your colleagues

“Jaya and Vishal are at the same level as I am and I work harder than they do, but they get paid a lot more.”  This is one of the worst ways to open a salary negotiation.

Roshan Thomas, Director of the Trivandrum Technopark based Akira Software Solutions, suggests that comparing your salary to that of your colleague is not going to help your cause much. “I remember a team leader who was dissatisfied because her pay hike percentage was lower than that of her colleague, though she drew a heftier overall salary. Such ego-based comparisons do not serve to create a good impression about you,” says Roshan.

It may happen that your co-worker is paid more than you, despite the fact that you are more tenured; yet it is not advisable to bring their salary up while discussing yours. In most cases, you may not have all the facts handy and the discussion may well turn against you. It will also put your manager in a difficult position, making it embarrassing for him or her to justify the discrepancy. If the manager feels offended, out flies your chances of getting a raise. Instead of comparing yourself to your peers, do some research and find out the industry average. The figures will help make your case as well as allow your boss to view the situation in a more objective light.

Do not make it personal

While asking for a raise, steer clear of personal reasons. You may have loans, debts and other financial commitments, but so does everyone else. The company may choose to, but is not obligated to help you even if you are in financial doldrums. Always demand for what is rightfully due to you instead of trying to buy favours from your superior. Talk about your achievements for which you deserve a raise.

Always demand for what is rightfully due to you instead of trying to buy favours from your superior.

“One of my former employees was under a lot of stress because of her new 3 month old baby and the death of her mother. She wanted a pay raise so she can hire a babysitter. We could not grant her a pay hike at the time, but we went out of our way to accommodate alternate working hours which were most convenient for her and which essentially eliminated the need to hire a babysitter,” remembers Roshan. “A request for a salary hike is usually due to some other problem which can possibly be worked around,” he adds.

Approach your boss with possible solutions to your problem. This allows some flexibility instead of a cut-and-dried “No.”

Do not lose control of your emotions

You may feel that your boss is not giving you due credit or is wronging you, but keep your cool. If your manager is consistently ignoring your contributions, you may need to bring up this issue in a skip level meeting with the manager’s boss. But while you are negotiating a raise, keep an even keel. Don’t burst into tears or get angry – both are equally bad reactions which can severely damage your chances of a raise and even future promotions.

“If you want to get yourself fired, walk into that negotiating room seething with resentment. It is impossible to negotiate when you are ruled by your emotions. If you get upset, schedule another meeting, but never give your boss an ultimatum. And never paint yourself into a corner by saying that if you are not given a raise, you will have to quit. I once had to let a valuable employee go precisely because of that,” says Roshan.

Do not negotiate over the telephone

This can be one of the most serious blunders when it comes to negotiating your salary. Sure, you may have been out of town or your boss was on a business trip while your colleagues got a hefty raise, but discussing your salary over the telephone is a no-no. Communication is about verbal and non-verbal cues. Why would you want to jeopardize your chances by deliberately choosing a medium which cuts down the effectiveness of your communication? For pay raise negotiations always choose a one-on-one conversation.

Why would you want to jeopardize your chances by deliberately choosing a medium which cuts down the effectiveness of your communication?

Do not let the boss catch you unprepared

You may be asked to substantiate your arguments and back yourself up with data during the negotiation. Have your facts and figures ready. If you are presenting an industry average salary figure, you may want to quote from authentic sources. Also, carry proof of your previous accomplishments such as letters of praise from superiors in a folder. Not only will you make a strong case for your raise, but your boss is also likely to be impressed by your preparation.

The above tips are handy for an effective pay raise negotiation. Many a time, managers may offer incentives instead of a raise; in such instances you must weigh every option.

However, if you still do not get the desired raise despite your best efforts, don’t stoop to cheap tactics like threats or ultimatums. Consider the possibility that your company may not have adequate resources or that they are taking you for granted. Think about your next options carefully; perhaps it is time to look for greener pastures. Take your time and make your exit gracefully.