6 Hard-hitting Qs Raised By Netflix’s Indian Predator — What If It’s Kill Or Be Killed?

Netflix true crime series Indian Predator is about justice and how it is delivered to perpetrators of crimes on women - and it raises some pertinent questions.

Trigger Warning: This deals with graphic descriptions of violence against women and mob lynching, and may be triggering to survivors.

Netflix’s Indian Predator- Murder in a Courtroom, a week since its release, hasn’t created as many tidal waves as I had expected.

When compared to shows like Indian Matchmaking season 2 and Fab Lives of Bollywood Wives Season 2 which, in recent months, managed to create quite some stir, it’s especially surprising. Because Indian Predator is well-made and hard-hitting – fabulously successful in capturing the terror and the fear that was felt by residents of Kasturba Nagar who had had to take the law in their own hands. The organized mob that killed a notorious gangster who had been torturing them for years is shown as who they were, real, everyday people.

Yet, there is just the right amount of dramatization which makes it more of a thriller than a documentary. Very much like the House of Secrets – The Burari deaths. It beats the latter, however, as it tackles a wider array of intensely difficult, ever-timely social issues – from violent crimes, violent crimes against women, the helplessness of the poor, criminal-police nexus, casteism, and so on. Above all, it’s true crime dealing with violence against women – a genre that usually catalyzes heated debates.

Is mob rage the answer?

Why is it so? I was wondering. Is it merely a matter of time – in one more week it will catch the audience’s attention? Or is it because it deals with a very difficult subject as the primary matter? Justice – and the route to it.

In the context of violence against women and children, India is no stranger to mob rage. Neither is precedence lacking in lynching by the mob for other, and often minor crimes. A lynching happening in a court causes a bit more concern – but should it? Should it be that much more shocking that a population that has been driven to the wall reacts with violence when much lesser provocation has caused violent, sudden anger in unorganized people stranger to each other?

My key question watching Indian Predator was how do people do the opposite? How do the oppressed stay oppressed, living in fear every day? Indian Predator, therefore, should be discussed, for it creates quite a few questions. Some old. Some new. But all of them are pertinent and pressing.

What makes humans defend the undefendable – the rapists and murderers?

The lawyer to the accused quite unperturbedly gives statements in which he not only challenges the narratives that rapes had happened – but also accuses the women to be offering ‘services’.

A few of the accused’s friends also deny or challenge the rapes and express sympathy for a violent criminal. There’s no way that they don’t know the truth.

Begs the question that’s stupid and obvious and critical and brilliant at the same time – what makes humans defend the undefendable? What is morality, and how is that so grey?

Does ‘due course’ really work, or is justice delivered outside of court?

The question of morality – right vs. wrong – means vs. the end is raised through the primary incident – is justice delivered if it’s outside of a court? When the entire system fails (or for those for whom there’s no system really for all practical purposes) do the ends justify the means?

This question can get really wide, from rebellious acts of violence of the powerless against the powerful that cause loss of lives, to name and shame techniques that have collateral damage or cause harm to innocents (the MeToo movement, for example, has been faulted often – especially in the case of Raya Sarkar and her publication of the list).

How much is too much? And how important it is to trust in due course when the outcome is known?

The question of ‘honour’ – time we shame the perpetrators and not survivors!

The question of what women have to bear and the role of men (and women) in perpetuating damaging norms that cause this. The series depicts reality as is.

It’s hard therefore to watch the faces of victims covered. It’s hard to hear of women who paid a high price just from the speculation of ‘honor’ (or rather, the encroachment upon it).

It’s hard to hear of a mother who abandons her daughter because she was gang-raped.

It’s hard to hear of a mother begging for her pregnant daughter and trying to fight for her after.

The question of why, and how much longer will women remain unsafe?

It’s hard to hear that a mother didn’t make it to the police station, despite support from a neighboring woman. It’s terrifying to hear from those who made it into the police station, supporting her neighbor. It’s bone chilling to watch a gang threatening her with acid, gang rape, and death more horrifying than anything imaginable.

It is astounding to realize, re-realize rather, how desensitized we are as a society to gang rapes, esp. in impoverished segments, as we hear of women after women getting dragged and publicly assaulted. Life still went on. Why? Shouldn’t we ask this question as a society? Is any woman really safe then?

What happens when it is a question of survival?

Lastly, it raised the most important question of all – when it’s kill or be killed, what should we do?

I doubt we have answers for any of the above, but at least, we need to have the questions. Therefore, the Indian Predator is a must-watch. 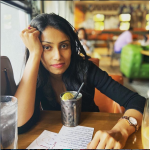 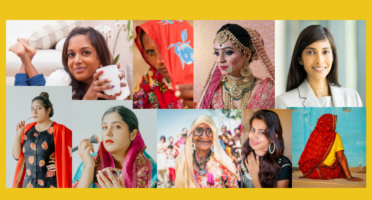 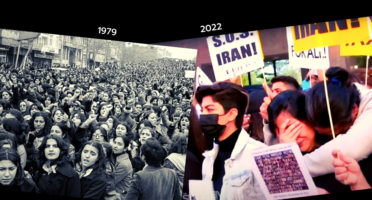