Why do some women feel compelled to set down instructions about household chores when away from home? Are men really unable to take responsibility for this?

‘Take a nap’, I tell my husband. The Other Adult in the family. ‘You shouldn’t overwork yourself.’

‘Here, have some tea. You’ve had a hectic day.’

‘Want my fries? Have a bite of this burger before you leave. You’ll be hungry.’

The man was initially bewildered, and then, ‘Arre, I’ll be fine, stop fussing over me’, he snapped, hastily tempering it with, ‘I’m fine, baby. Don’t worry,’ because he’s too good-natured a man to actually hurt my feelings, no matter how confusing my behaviour.

It’s not his fault. I am not a fusser, a flapper, so he doesn’t know what to do with this new avatar. I’m the mother whose kids figured out when they were hungry and soon learned how to cook for themselves if they didn’t like what was cooked, because I am certainly no short-order cook. And my husband is a better cook – I only cook under duress and in extreme situations. For all else, there is mastercard and a cook.

Why do women who travel need to leave long lists of instructions for husbands?

But bear with me a little longer, patient reader – I’d just been reading a couple of posts on various women’s groups about how women who travel leave endless lists with details instructions for maids, husbands, and kids. I’m in Singapore on work, and I have left no list and am feeling rather worthless. I mean if I don’t leave lists, that means people don’t need to be instructed, which means I have no real role at home. Right?

So as an experiment I got started on the man the moment my flight landed, yeh khao, yeh piyo, have a bite of this, can I unpack and sort your laundry? Ten minutes in, the man exploded, don’t fuss.

And I realised that my bewilderment at the posts on the women’s groups wasn’t simply because I am not a fusser. It’s because he isn’t a fussee, or fussy, however you want to write it (See? Not fussy at all!).

Who are these women who need to tell their husbands how to feed the kids, but more importantly, who are these men who need instructions on where the tea leaves are kept and how to change the baby’s diapers?

Men aren’t babies; they need to step up more

The average man is more educated than his wife, in India. And likely makes 5x what she earns. This holds true for my maid and her husband who is a driver, and for my husband and me. The men have jobs that require them to be responsible for either a car in the case of the driver, or large organizations, in the case of my husband. Why then, are they treated as incapable of simple domestic tasks?

Are we women simply so insecure that we refuse to yield territory? And must men be babied to the point of being left voice messages and long bullet points of lists?

As long as we treat domestic labour as some sort of complex thing that a man is too dumb to manage, we will be stuck with it. And some of us will begin to see it as a badge of pride – My husband doesn’t know how to turn on the washing machine… Ugh – then show him. And if he can’t figure out the settings, ask him to quit his day job, since he’s clearly not up to the challenge of more complex tasks.

The truth is, I’ve always expected my partner to share domestic labour. But also, my partner has always expected to share it too. I often wonder what I’d have done with a man who came expecting to go from being his mother’s raja beta to mine. Wouldn’t have ended well, I’m sure. And of course, you’d have heard about it on social media!

Image source: a still from the film Luck By Chance

I am a natural wordsmith, journalist, and editor, with more than two decades of experience across print, broadcast, and web. After spending the initial years of my career working in the mainstream, I joined the read more... 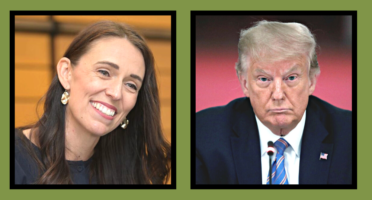 As I've Realised In Work And Life, We Need Empathetic Leaders Not Just Strong Men