Is Mother’s Day A Socially Sanctioned Day ‘Off’ Once A Year For A Thankless Job Well Done?

From picking up toys or handling doctors appointments or responding to emergency calls from school or managing birthday party invites or navigating exam schedules - it all falls on the mother.

I am so annoyed about Mother’s Day!

Over the years I have written a lot about motherhood and every year when Mother’s Day comes along, I revisit this topic. This year I resisted writing about it.

I’m not sure if it has anything to do with the stage of my life or just my general state of mind but I was extremely annoyed when I saw the following on a calendar for May:

“DO NOTHING DAY – Moms are always there to shower us with love and care every day whether we are 6, 18 or 30. Let’s do the same, starting with giving her a well-deserved day off on Mother’s Day and treating her like the queen she is.”

So moms get a sanctioned day ‘off’ once a year for a job well done? Or because she is elevated to ‘queen’ status annually for a lifetime of labor (not just the part in the delivery room)?

Picking up after everyone

One of my favourite authors, Anna Quindlen, has written several essays about motherhood but the title of one of her novels Still Life With Bread Crumbs refers to a famous picture of her messy kitchen after a party, taken by the central character, a young photographer who is also a mother.

The picture captures the quiet clutter of a house that is far from pristine – the antithesis of the glossy mother’s day photos you see splattered across social media.

The truth about motherhood is that is is difficult and messy and out of control on most days. While some part of it has to do with the physical demands of giving birth, the greater investment is of time and energy that women pour into their homes and lives because NO ONE ELSE PICKS IT UP.

From picking up toys or handling doctors appointments or responding to emergency calls from school or managing birthday party invites or navigating exam schedules – it all falls on the mother whether or not she is willing or even the best person to do all of it.

Jobs and appraisals don’t accommodate for the invisible emotional labor that goes into keeping a home running. Society prefers to pay lip service to Instagrammable moments while ignoring the ugly reality of women’s lives that are untenable due to disparity in gender roles, when it comes to family life.

Register at Women's Web to get our weekly mailer and never miss out on our events, contests & best reads - you can also start sharing your own ideas and experiences with thousands of other women here!
mother's day

Dr. Ranjani Rao is a trained scientist and a self-taught writer, the author of Rewriting My read more... 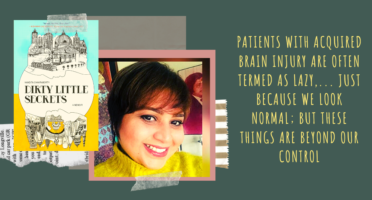 How Does A Single Woman Hitting Her 40s Fare In The Urban Jungle Of Romantic Relationships?