Dear Mom, Your Own Happiness Matters Most, Not What Your Relatives Or Even Your Children Think!

Distraught at the birth of yet another girl child, her father abandoned them soon after Kankana was born. Her mother had worked two shifts and yet not let her children feel the absence of a father.

The auspicious notes of the shehnais reverberated in the air. Patterns of hibiscuses, jasmines, bougainvillaeas, and marigolds accentuated the revelry of the banquet hall. The colour of the lotuses adorning the mandap at the centre of the room matched the bride’s attire.

Kankana’s heart fluttered as she awaited the groom’s arrival. She had waited for this day for ages. In fact, she had used her first salary to purchase the peach wedding lehenga and choli three years ago without informing her mother.

At the thought of her mother, Kankana’s lips parted wide. She was the youngest of four children raised by her hardworking mother single-handedly. Distraught at the birth of yet another girl child, her father abandoned them soon after Kankana was born. Her mother had worked two shifts and yet not let her children feel the absence of a father. It was her mother’s dream to see all her daughters educated, get a job and settle down, in that order.

“Respect begets respect. You will respect yourself once you stand on your own two feet. Then your life partner, too, will hold you in high esteem. That will make for a marriage of equals,” her mother often told them.

And yet, the quinquagenarian was worried when Kankana didn’t show any inclination to marry two years into her job.

“All in good time, Ma,” Kankana assured the sceptical lady. “Let my dream come true first,” she had said, glancing wistfully at the peach attire in her wardrobe.

Finally, she met the man she had been waiting for. She had first gotten introduced to Vivek through a matrimonial site. After five meetings, she was satisfied enough with her choice to introduce him to her mother.

The proud lady was aghast at first. “Our Indian society won’t accept this match, Kankana. Even your own sisters will be against this unsuitable match. No, I will not meet this man of yours.”

“It doesn’t matter what the society, your relatives, and even your children think. The most important thing is your own happiness. Please meet Vivek once and decide after that. There is no hurry. The marriage will not happen until and unless you give the go-ahead.”

Kankana’s mother had relented with reluctance and met Vivek with her. As Kankana expected, they both warmed up to each other from the first meeting. Still, it took a year for her mother to come around for the wedding. Kankana had finally taken the peach lehenga and choli from the box and given them for dry cleaning. She wanted the D-day to be perfect.

“What has the world come to? People have no shame now,” her relatives lamented.

“We won’t let this happen,” her siblings said.

But Kankana, always the headstrong one, had stood her ground. Surprisingly, so did her mother. Eventually, everyone who mattered came around. Those who didn’t come around didn’t matter.

“The groom has arrived.” The pronouncement from her sister jolted Kankana out of her reverie. In a black bandhgala suit and matching trousers with a red rose in his right breast pocket, Vivek looked even more handsome than usual. The pink headgear added to his considerable height.

Kankana smiled when he came near her. “You look gorgeous today,” he whispered as he sat down at the mandap.

“Thank you,” Kankana said. “You look dashing yourself. Nervous?”

“No, it isn’t. And don’t worry, everything will be fine,” she assured him.

The pandit commenced the formalities. “Please call the bride to the mandap,” he said after five minutes.

Kankana turned back and signalled her elder sister. The bridal room door opened some seconds later, and out came the bride, looking resplendent in her peach attire, flanked by her two oldest children on either side.

A gust of wind blew in the room, and the banner announcing ‘Rajalakshmi weds Vivek’ fluttered in the air.

As Rajalakshmi traced her steps to the mandap, her eyes met those of Kankana, her youngest and favourite daughter. The two women smiled.

As her mother reached near the mandap, Kankana took Rajalakshmi’s hands into her own, pressed them reassuringly, and helped her into the vacant seat on the ground beside Vivek. No words were exchanged. None were needed.

“Ma needs a second chance,” she had explained innumerable times to her siblings in the last four months. “She has all the right to start a new life. Besides, she has sacrificed so much for our happiness. Who will think about her happiness if not us?” The fiery young woman had ultimately prevailed.

Kankana had aspired for a happy married life ever since she could remember. She also desired her mother to settle down and not be lonely after the marriage of all her children. And had decided to put one dream on hold for another.

She was the happiest person in the world on this day. Her mother was getting married. Again.

Kankana tied the bride’s veil with the groom’s sash as the couple got up for the saptapadi. Adorned with mangalasutra and sindoor, Rajalakshmi revelled in all the bridal finery.

The doting daughter had arranged a suitable match for her mother. The guests would remember this wedding like no other.

Register at Women's Web to get our weekly mailer and never miss out on our events, contests & best reads - you can also start sharing your own ideas and experiences with thousands of other women here!
mother's day

Smita Das Jain is a writer by passion who writes every day. Samples of her writing are visible in the surroundings around her — her home office, her sunny terrace garden, her husband’s car and read more... 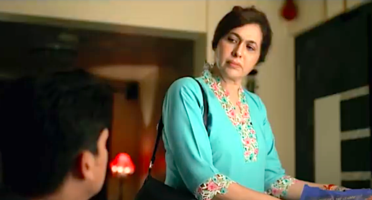 I Can't Leave Office Early To Look After Your Father; Why Can't You Do It? 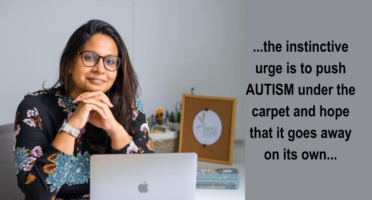 Mythili Chengapa, Founder SmileStones: No Shame In Asking For The Help You Need! 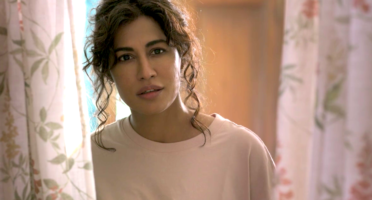 Looking After Our Child & Home Is Not Only My Responsibility—I'm Tired! A Truly Touching Expression Of A Sister's Love For A Brother With Autism! 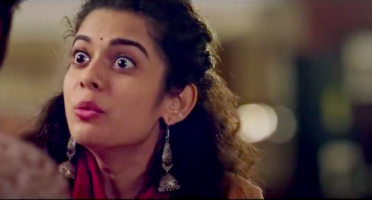 Are Sindoor And Mangalsutra The Only Criteria For A Woman To Stay Committed In A Relationship?