The New Woman On The Other Side Of Fifty

The concept of categorising people according to age rests sometimes on the premise of one's assumed reproductive capacity and since it is not based on one's qualities or capabilities it can be quite debilitating.

The concept of categorising people according to age rests sometimes on the premise of one’s assumed reproductive capacity and since it is not based on one’s qualities or capabilities it can be quite debilitating.

Nowhere is it more true than in the case of women, for her identity is almost always related directly to her reproductive capacity (i.e. the number of eggs).

Panic sets in when a girl reaches the age of marriage when she is told that everything else in her life including in some cases education, can wait till she is married. Then there is the dreaded biological clock which hits once a woman is in her 30s bringing an endless series of anxieties and compromises.

The majority of women who are on the other side of fifty now were the ones who married in the late 1990s or in the beginning of the millennium. Whether working or not because of the tough competitive education system to which their children were admitted, the equally demanding jobs of their husbands, the impact of economic liberalisation and the high costs of living in the cities these women went through some seriously tough times.

They were the ones who were known as ‘super-moms’ a term which I use with some distaste because it ignores the everyday realities of the average home-maker. Those who were working had strenuous times balancing their marriage and careers and thus in this humdrum their own inner wants and self-fulfilment sadly took a back seat.

Even though not too much is reflected in the traditional media vis a vis television which still continues to depict widows in white cotton thans or married women in traditional attire in negative roles making life difficult for their DILs or the internet where women over fifty has more search results relating to her declining reproductive capacity, yet there are not few but many women who are surely redefining these stereotypes.

Working women or even home-makers with stable income whether they are married or even single is taking on social media to redefine lives in their spare time. A recent article about older women on Instagram points to the trend of women on the other side of 50 who are taking on a variety of activities art, music, dancing, yoga, cooking and fashion.

There was a time when social media meant only a hangout for the young but all that has changed with people showcasing their talents and even taking on business ventures on Facebook pages and Instagram. Though seemingly unimportant, it marks an important social change for when women open these accounts they do so in their individual capacity, they are there not as someone’s mother or wife but themselves. It is refreshing to see women participating in a variety of groups both offline and online, not shirking even to go to the gym or wear clothes they are comfortable in.

A recent true story I read on this website is about a woman  61 years old but widowed who refuses to be a full-time caregiver of her grandchild because she is not willing to give up what she considers a more fulfilling life of book clubs, vacations and social media illustrates this trend.

One woman who has grandchildren are no more perturbed by the stigma of selfishness associated with women refusing to be the full-time caregiver. Secondly, these women are leading socially fulfilling lives and looking forward to it as many of them have financial independence on the same level as younger people.

In conclusion one can say that in a family if the men and the children have the freedom to lead their lives on their own terms, it is unfair if a woman is expected to give up everything for the sake of the family and be available full time when the need arises for the entire part of their lives, waiting for the approval of their husbands or sons. Surely why should this happen? 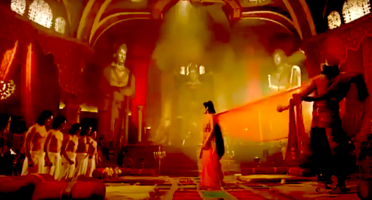 Queen Draupadi, The Glory Of Indraprastha, Yet Forsaken By Fate... 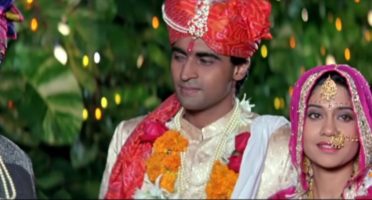